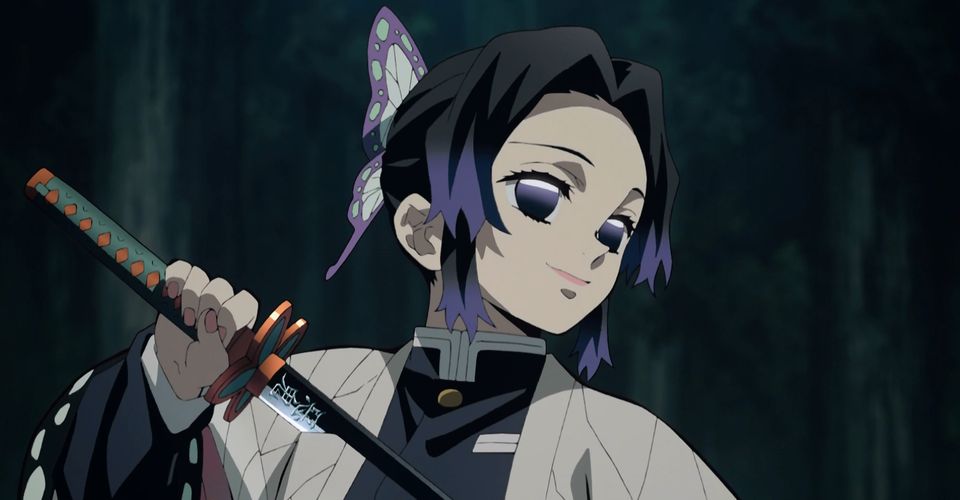 Without a doubt, Shinobu Kocho is one of the most popular Demon Slayer characters. Shinobu has some interesting facts about her that you probably didn’t know.

We all know her as the Insect Hashira and a Demon Slayer of the Demon Slayer Corps. But there is so much more about her that deserves mention.

Shinobu Kocho is Kanae Kocho’s younger sister and Kanao Tsuyuri’s adopted sister. After a demon practically murdered her parents, Shinobu and her sister decided to join the Demon Slayer Corps to protect others from ending up with the same fate.

She has always been friendly to everyone and stood by her comrades in the face of adversity. Her personality is distinct from that of others. The following facts about her character will make you appreciate her more:

1. She Invented Insect Breathing For a Reason 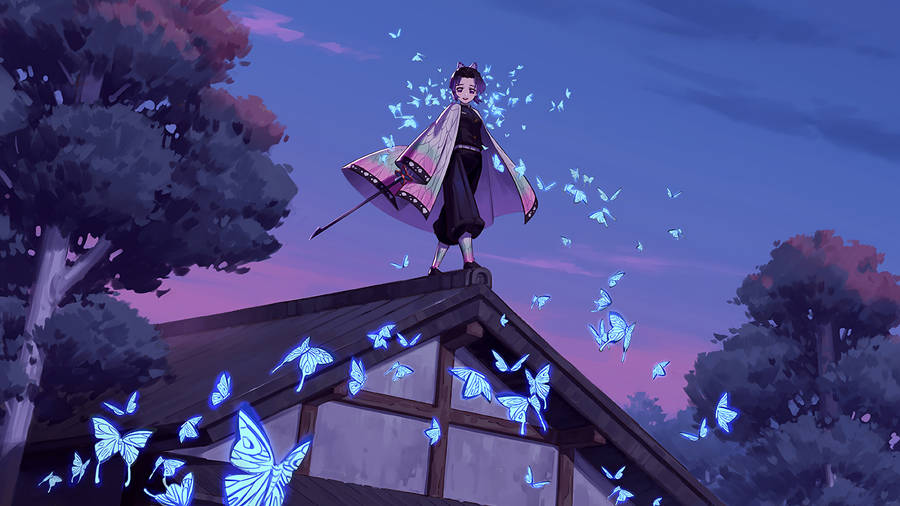 Shinobu Kocho invented the insect breathing technique to compensate for her lack of physical strength in cutting off a demon’s head. As a result, she’s the only one who can master this method, which necessitates a one-of-a-kind katana with a needle-like tip that resembles an insect sting in appearance and function. This is one reason she is known as Insect Hashira.

2. Her Killing Methods Are A Bit Unusual

Shinobu, unlike the majority of the powerful characters in Demon Slayer, does not use a demon’s head to defeat them. Shinobu uses the tip of her weapon to inject the demon with a highly deadly poison.

3. She Has Got the Wisteria Poison Inside Her

Shinobu has transformed her body to contain a certain dose of wisteria poison to aid her in defeating Upper-Rank Demons. Over the course of a year, she was able to absorb highly concentrated poison, which had blended with the cell structure of her body, including her blood, internal organs, and even her nails.

She is not only a skilled fighter, but she is also an expert in the field of medicine. She is well-versed in all treatments, and for everybody who has been harmed by demons, she can treat them. She can make any medicine based on the demon-related injury. Her remedy works as an antidote and heals poisoned wounds. Zenitsu was cured by her antidote when he was bitten by the spider demon Poison. She later took care of them while they were in the hospital and assisted them in their recovery.

5. She Has a Sweet and Charming Personality 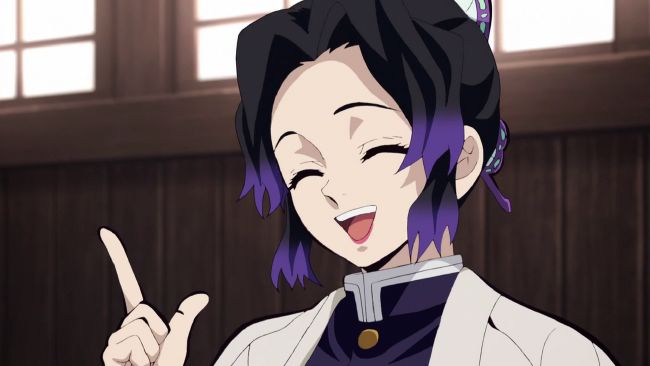 Shinobu Kocho is a cheerful personality. She always wears a smile on her face, no matter what situation she is in. However, her pleasant demeanor has been shown as a ruse, as seen by her proclivity for joking with people, even to the point of becoming sadistic. However, there’s a flip side to her personality. She is unsympathetic to demons, probably because of what they did to her.

Kanao Tsuyuri was a little pale-skinned girl when Shinobu first met her. Her parents sold her to a man because they were starving to death. Shinobu and her sister saved her and kept her safe from the wicked man. Shinobu also kept her to herself, allowing her to be content. Later on, she also taught her how to fight demons. She turned her into a professional fighter and even won the demon slayer corps test. 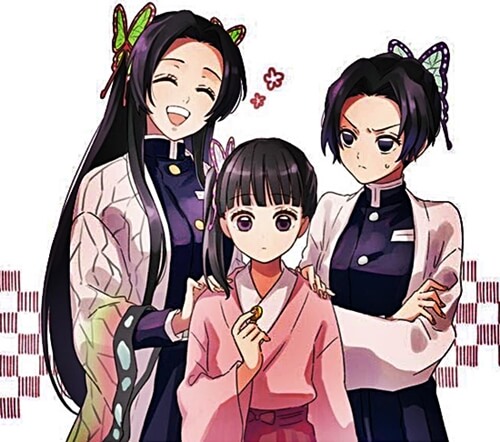 This Demon Slayer butterfly girl is also known as a superb swordsman. In fact, she is one of Hashira’s most powerful women. She doesn’t cut demons’ heads off; instead, she injects fatal poison into them with the needle end that has been soaked in venom. Shinobu is a quick runner. Because she is a woman, demons usually underestimate her. She, on the other hand, makes them regret it. She simply flutters around like a butterfly, making herself flowless in the face of monsters. Her quickness aids her in slaying demons. As she has shown in several bouts, including one against the lady of the spider clan and subsequently against the fight with Doma, you may call her the quickest hashira.

Shinobu’s sweet and calm demeanor is just a facade. She has a deep hatred for demons as a result of the death of her younger sister, parents, almost all of her Tsuguko, and the families of her Butterfly Mansion apprentices. This hatred is so intense that she is in a near-constant state of rage, which s quite apparent during her chat with Tanjiro Kamado. Her drive for vengeance prevented her from living the typical life that her sister had planned for her. She instead devoted all of her energy to killing demons.

9. Her Katana is Unique

Shinobu Kochō’s katana is a real asset. It has a tiny black blade that is normal in width only at the tip and base. The sword also features a Kanji inscription “EVIL DEMONS.” Because the sword is poisoned, even a minor wound caused by it can result in death. The butterfly-shaped tsuba of her sword has an orange outline around the silver filling. It also features flower motifs.

Shinobu possesses amazing speed and reflexes, allowing her to quickly avoid and outpace malevolent spirits, attacking them before they can even register what has happened. Shinobu is incredibly swift, to the point where she appears to be magically moved on a regular basis. Her barbarian speed even managed to surprise Doma, as she out-sped the Upper-Rank on several occasions during their battle, unleashing a barrage of attacks that even Doma couldn’t entirely block or evade, forcing him to admit that Shinobu is the fastest Hashira he has ever met. Besides, even when she was actually harmed, she moved so quickly that even Doma couldn’t enlist and barely opposed her. She acted so rapidly, in fact, that she managed to split a scaffold after Doma had gravely injured her.

This butterfly demon slayer character is strong, kind, fierce, and so much more. It deserves to be appreciated!