What a professional yo-yo player needs? 4 yoyo accessories you can't miss out

What a professional yo-yo player needs? 4 yoyo accessories you can't miss out Whether it’s Porykon, original throw, or kitty string, they have all introduced professional yo-yo accessories, and here are 4 yo-yo accessory reviews that you absolutely can’t miss. 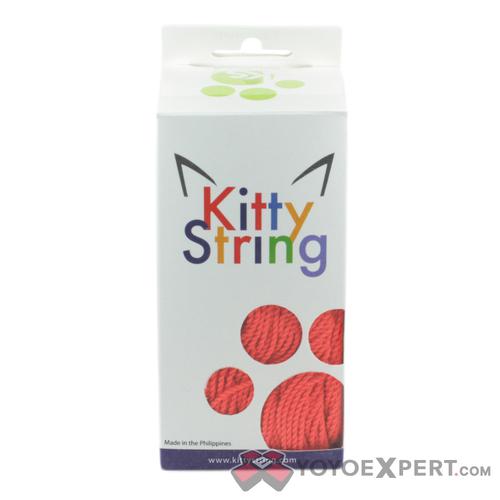 weshop.com0
Kitty String Classic (Fat) - The most famous yo-yo string
$18.99
Save it

I don’t think there have been many reviews on strings, so I’ll talk about my favorite string so far, Fat Kitty String. One of my main draws to it at first was that it was relatively cheap to buy in bulk. I like the feeling of the string since it isn’t too coarse and heavy enough to allow me to do all the whip tricks that I know with ease. The material of the string is 100% polyester, and this is another big reason I buy it over other strings. The 100% polyester makes the string VERY strong. I have had strings that were blends or 100% cotton break on me in the past, and in the few years that I have been using it, I have never had Fat Kitty String break on me.
Along with its strength, the duration for which it can be used is excellent! I have used these strings for up to a month or longer and still find them to give me a decent bind. As I have mentioned before, I love when the yoyo binds perfectly, which means it doesn’t fail the bind and returns to me with the string almost perfectly wrapped around the axle. This string allows that to happen for every bind that I perform successfully. Overall, it is a cheap string with excellent strength and durability, feels comfortable, and comes in various colors. weshop.com0
Original Throw String - We all love OT yoyo string
$16.99
Save it

Overview:
The original throw is relatively new to the string-making world. It was founded by Shuyun Tang and included an extensive prototyping phase where over 100 yoyo players received the string and gave feedback. The final product is based on the feedback received from the yoyo players.

String Tension/Torsion:
The original throw string does not hold string tension very well upon the first throw. That is because the original throw string requires a short break-in period. It takes about 45 minutes of play to break in, and it holds tension exceptionally well. Loops stay open during slacks, and suicides and lacerations are a breeze.

Feel:
Original throw feels more coarse to me than most high-end bulk strings. Though it is crude, it does not feel uncomfortable, and I haven’t had any particular issues with string burn. The original throw standard is a rapid and whippy string in the play. It easily cuts through the air, allowing for more effortless execution of complicated tricks. Brandon Vu reviewed Original Throw strings and was initially not the biggest fan because original throw strings feel much different from kitty strings, which were his go-to strings. Still, if you watch his most recent videos, you will notice that he only uses original throw now. I believe Evan Nagao comments on the whippiness of the string when he tries the Outlier.

Longevity:
Original throw standard starts to feel and look old rather quickly, but it takes a long time for the string to play senior. Even after many days of extended use, the original throw string will maintain its ability to hold string tension and its fast whips. If you don’t mind playing with a dirty string, then the original throw normal lasts a very long time. This is the signature counterweight of Hong Kong 5a national champion Denny Ko Kwan Ho, member of the c3yoyodesign Hong Kong Team and Co-owner of Porykon. This counterweight took inspiration from ball-shaped counterweights, which are comfortable to use but make it more modern in terms of play; the Jupiter is made.

It is made of Polycarbonate but machined to guarantee precision across the batch and allow the maker to craft the counterweight in their desired shape. It also includes two different beads to thread the string, each having extra weight to suit the player’s needs. The Jupiter has a rounded, ball-like shape with several cuts to prevent the counterweight from getting stuck at the gap of the yoyo when a trick is missed, making this quality synonymous with Porykon’s designs while also making sure that it is aerodynamic enough to move quickly in the air and reducing the overall weight for a more enjoyable play.

It plays relatively stable due to its weight of 10.8 grams and is comfortable when doing nunchucks and rebound tricks, allowing the player to do them without hurting themselves while also being easy to control the direction of the counterweight during play.

In summary, if you want a comfortable counterweight to use for learning Freehand tricks or competing in the freehand division, this is one not to be missed! weshop.com0
Yoyo Multitool - Simply remove your yoyo bearing.
$5.99
Save it

The yoyofactory multitool is yoyofactory’s all-in-one maintenance tool. It has an allen wrench, a string cutter, and a bearing removal tool. It does this while being in the shape of yoyofactory’s logo.

With how tight bearing seats have gotten, it is necessary to have a bearing removal tool. The benefits of the yoyofactory tool is that it is incredibly portable. You could put it on a key ring or even attach it to a yoyo case. The allen wrench feature, and string cutter are also very handy.

The cons of this tool is that the bearing removal portion is short making it not as efficient at removing bearings, the plastic that it is made out of can crack, and the string cutter uses a very short blade that can become dull and ineffective. Because of this I treat the yoyo factory tool as an emergency tool that I can carry with me wherever I go rather than using it as my go to maintenance tool.

If you are looking for a portable tool that can do it all, the yoyofactory multitool is for you. I personally would suggest that you use it for portable use while having a separate string cutter and bearing removal tool for at-home use.

Picture is from yoyostorerewind. Mine is currently unusable because a bearing has become stuck to it.