Demon Slayer features 12 powerful demons that constantly challenge demon slayers and pose a threat to mankind. Each demon has their own abilities and personalities and Hantengu or the upper moon 4 is no exception.

This nearly immortal demon was replaced by Nakime. However Hantengu is still a powerful demon and fans of the series still consider him as one of the most powerful demons to face the slayers.

Even though the Hantengu has since been killed, his powers and abilities were some of the most interesting out of all the demons we have encountered so far. 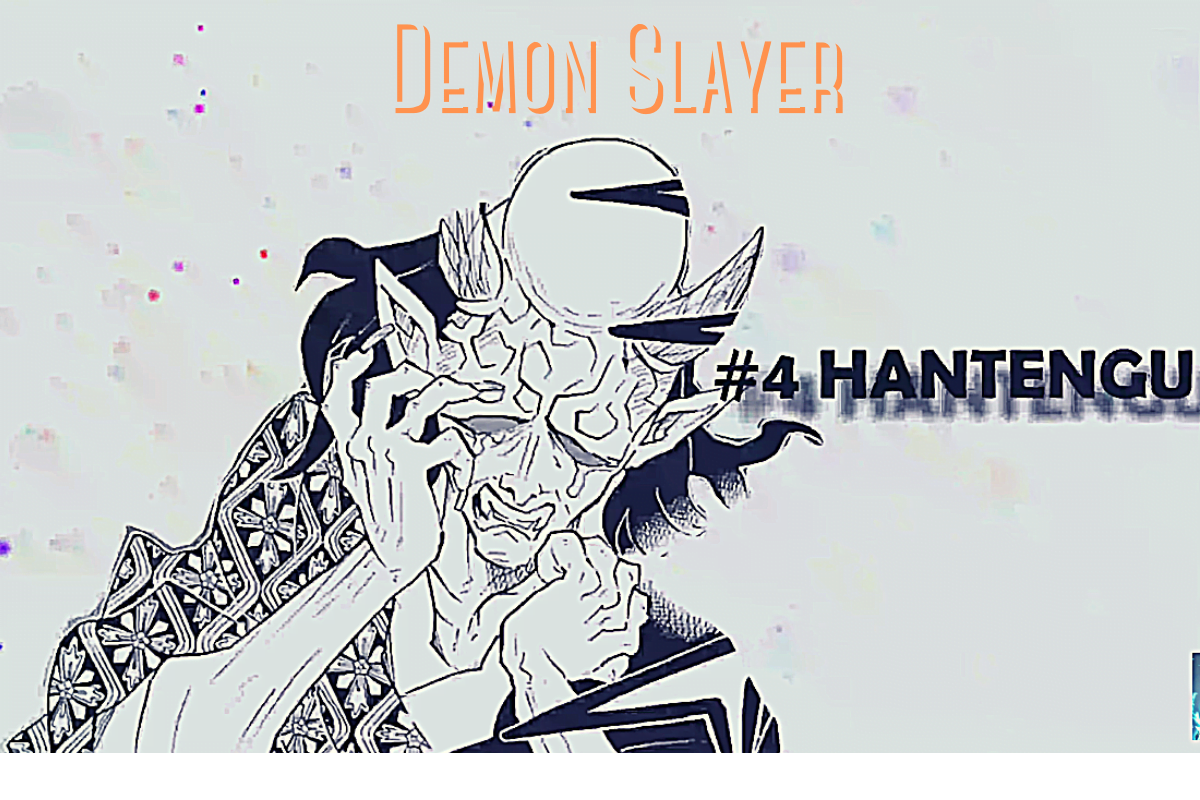 Hantengu was a bad guy even when he was a human. He did a lot of bad things that earned him a bad rep as a mortal. He stole things and killed people without a second thought, but he still kept claiming innocence when caught.

When he turned into a demon, this behavior got worse, and the demon kept denying his murder sprees, even after eating a lot of humans.

Hantengu’s demon form is in the shape of an old man who always looks scared. He is always shivering or trying to hide by hunching over or shivering.

He has two horns sticking out of his head, and in between them is a big bump that is bigger than a fist. Not only that, but he has slanted eyes and eyebrows that make his droopy eyes stand out even more.

When he is cut in half, Hantengu has the unique Blood Demon Art of splitting into different copies of himself. Here are all six clones of Hantengu:

Sekido’s Blood Demon art lets him create Khakkhara or thunderbolts. The ability fits his fiery character, and he never holds back.

Karaku is Hantengu’s laziest and most relaxed clone. He is the strongest clone because he tore Nezuko’s arms with his bare hands. This Blood Demon can generate tremendous wind with his maple-shaped uchiwa.

Like all high-ranking demons, Aizetsu regenerated quickly.
Aizetsu’s Blood Demon art allows him to project his yari over a large distance with pinpoint accuracy.

Urogi may replicate mythical skills like angelic wings and terrifying talons. This Blood Demon art emits supersonic sound waves as well that can deal serious damage to the opponent.

Zehakuten’s aura can kill a human. By simply looking at him, he choked and hurt Tanjiro’s chest.

He can trap people in forests and attack using wood manipulation.

Hantengu’s soul resides in the sixth clone, Urami. He is the key to beating Hantengu and often hides to avoid being vulnerable.

What are Hantengu’s key abilities?

Hantengu looks weak and shaky, but he is actually very strong and has some unique skills that make him a tough opponent for the slayers. Here is a list of all the abilities he posses:

Hantengu is very sneaky because he can feel when demons are nearby. He also has a strong sense of smell, which would have let him find the target from far away. He was so good at sneaking around that the Devil Slayers didn’t know he was a monster until he revealed himself.

Hantengu’s body is so tough that Genya’s bullets, couldn’t even harm it. Genya’s katana broke before he could use his Nichirin Blade to cut Hantengu’s dead body.

As an Upper-Rank demon, he has great mobility and reflexes. And since he is so small the combination of size and incredible speed makes him difficult to chase down.

Karaku aka (Hantengu) has limitless strength and stamina. He was able to break through Nezuko’s tough body with just one kick.

So if Hantengu possess all these incredible abilities and powers how was Tanjiro Kamado able to kill him? In one of the longest fights of the whole series, Upper Moon 4 faced off agaimst Tanjiro, Nezuko, Genya, Muichiro, and Mitsuri. He was finally killed by Tanjiro, who chose to kill the demon but only after losing his sister as a sacrifice.

Hantengu’s soul was inside his sixth clone when Tanjiro landed the final blow. Tanjiro cut it open and cut Hantengu’s head off with a single cut. Hantengu was also very fast and had incredible speed, so Tanjiro had to use Thunder breathing to catch up with him for a while.

gotham
I'm a home blogger who loves all kinds of good home items and shares them. I have two cats and a dog. I will buy a lot of useful and good-looking pet supplies to take care of them. I will evaluate the best ones and share them with you.
Popular Picks from WeShop