The most famous Chinese yoyo brand ? The 4 yoyos you absolutely cannot miss out from TOPYO

The most famous Chinese yoyo brand ? The 4 yoyos you absolutely cannot miss out from TOPYO TopYo is a Chinese yoyo brand that was founded in 2011. Their yoyos, such as the “Colossus” and “Impulse,” have been received well by yo-yo players worldwide. After ten years of development, Topyo’s designs and craftsmanship have matured, and its team members have been active in WYYC. If you are looking to buy your first yoyo, there should be several people who would highly recommend you to buy a Topyo’s YoYo. Impulse 2020 is a lightweight, fast yoyo made for the competition stage. The sharper shape, weight shifted to the edges of the yoyo, and wide gap makes it an excellent choice for a competitive yoyo.

It’s made out of 7003 aluminum for better durability. Minimalistic designs with small engravings are beautiful, and Impulse is available in all different color combinations. The surface of matte color variants is suitable for grinds. Impulse doesn’t have a fingerspin hole for better finger spins, but they won’t be a problem for you.

TopYo consistently delivers top notch quality for the budget price point, and Impulse 2020 is no exception. Overview:
The Topyo Timejacker is the signature model of Su Jia Peng, who is an imposing 5a player. Though this yoyo is optimized for his playstyle, the timejacker also excels at 1a style and is used by Lin Junyi in the prelim round of the online world yoyo contest.

Design:
The timejacker is a simple, broad, v-shaped bimetal. The outer rims are covered in a stainless steel rim that adds significant weight to the edges. The time jacker has a slightly raised center to balance the weight. Topyo has released several color options, including blasted, polished, fades, and splashes. Topyo has also released other versions with varying engravings of the laser.

Performance:
The timejacker is built to compete. It has an immense amount of power with great catchability. The yoyo spins for a long time and is stable in play but is not very forgiving on the throw due to its wide shape. The response is pretty good, providing consistent binds and little snag, but due to the yoyo’s spin power, if you bind early in the yoyo’s spin, it will likely snag. The yoyo prefers to perform at a medium speed but can speed up and slow down. The shape, in particular, allows for great speed even during sloppy play. The yoyo plays fairly balanced, leaning on the heavy side. This yoyo excels at horizontal play and will allow for more consistent play throughout a challenging yoyo routine.

Soul:
The timejacker was made with competition in mind. For some people, the intense performance of the timejacker is fun due to the yo-yo’s capability. For others, this yoyo could feel like a soulless machine. I enjoy yoyos optimized for competition, and I have a lot of fun playing with this yoyo.

Final Thoughts:
At 69.99, you receive a yoyo with limitless possibilities. This yoyo will improve consistency in a routine and inspire more extensive and more complicated tricks. If you are looking for an inexpensive bimetal yoyo at the top echelon of performance, the time jacket is a great choice. Cloud is machined plastic Delrin Yoyo from the TopYo brand. I am reviewing this yoyo because It’s one of the most fun throws I have ever had. The name of it says it all…THE CLOUD.

Feel on the string:

Reasons to buy it:

It goes around 25-30$, and for that price, it’s a well-balanced yoyo with a fun aspect. It’s not a competition throw but worth trying. We are playing with the toy because It’s fun, and this toy is a lot of fun. Good yoyo! This is the 2nd version of the highly popular mojo from Topyo, which its original form is made of Polycarbonate. Though they bear the same name, they look different in specific ways, and the pom version is an upgrade compared to the original version.

This new version of the Mojo sports a rounded H shape profile like the original with a much smoother pom body for better grinds and improved precision. One significant difference is the fingerspin hub design. Instead of the machined dimple that the original mojo has, which locks finger spins in very quickly no matter if you’re throwing horizontally or off-axis, the pom version has an aluminum hub with a dimple that replaces the original machined dimple for a smoother fingerspin experience. Still, it is harder to lock it in due to the comparatively smaller area for grinds.

It plays slightly heavier and more stable than the original because although the weight is unchanged but because of the somewhat more dense material compared to Polycarbonate, it has a more severe feel on hand and on the string. Speedy tricks can still be done with no issues due to their controllable and stable feeling, making you feel that you can go faster and longer with no problems. Another noticeable feature is that the pom version has slightly thinner rims than the original to prevent this yoyo from rim-weighting, sacrificing the fun feeling of pom yoyos.

Although it’s the same yoyo made of a different material, it brings a refreshing feeling. It has the same qualities as the original mojo you know and love!

Thanks to the Authors: Ced#2813 and derfneb#21122 from Discord server - Thrower Center. 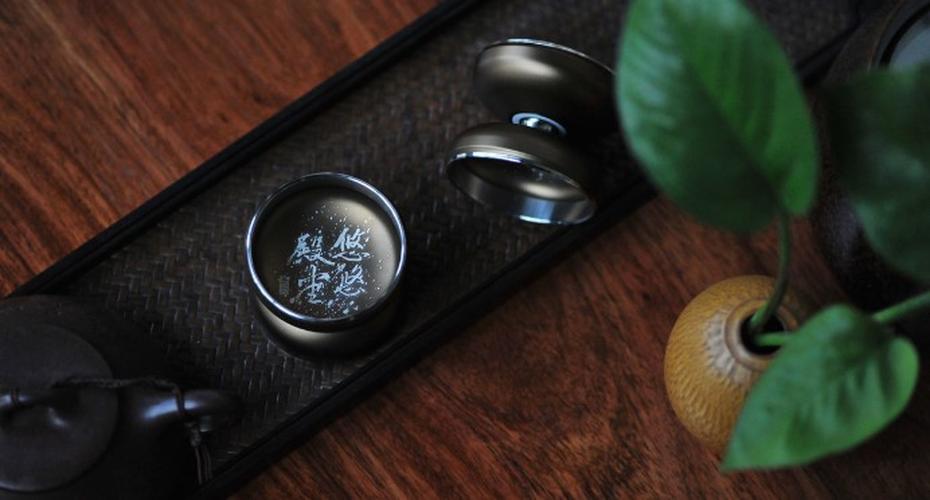 The highest level of Chinese yoyo brand. Check out the recommendations from YoYoPalace The best beginner yoyos ? Check Out The Recommendations From MagicYoYo