Why do people still shoot film? There’s a lot to love: the physical permanence of it, the excitement of trying different film stocks and seeing how different they look. And there’s also the delayed gratification, which may seem a strange thing to say, but there is something exciting about the unknown quality of shooting film, and the delay between pressing the shutter and actually seeing the image you captured. It’s exciting! Then there’s also the fact that many film cameras simply look cool, and are built with a metallic durability that’s arguably superior to the disposable plastic of today.

Buying used film cameras is a bit of a minefield, but like film shooting itself, is a lot of fun for its unpredictability. You can’t rely on warranty and digital retailers, and instead have to become a savant at sorting the deals from the dross, using eBay and other second-hand sites, and perhaps even rummaging through a car boot sale or flea market. We’ve kicked off our guide with a section all about the best used film cameras, to give you some pointers on what to look for. filmcamerastore.co.uk
Pentax | The Ideal Choice For Beginners In Photography
$ 241.09
Save it


Feeling confused about which film camera to get as your first film camera? Well, you won’t regret getting this one. Pentax K1000 is an extraordinary simple camera that forces you to think about your picture instead of your camera. As a result, it’s recommended by most photography teachers, instructors, and professors to be used in their classes.


The Pentax K1000, which has the same long production cycle as the Nikon FE, is a classic and old camera(from 1976 to 1997).It is available on the market in considerable quantities and also at a price that almost everyone can buy at will.


Why is it the ideal choice? If you don’t want to use a dumb camera, the Pentax K1000 is the simplest DSLR you can experience, it’s not as complicated to operate as modern cameras. Garrett Crespo even reckons that it’s the Ultimate Beginners Film Camera. 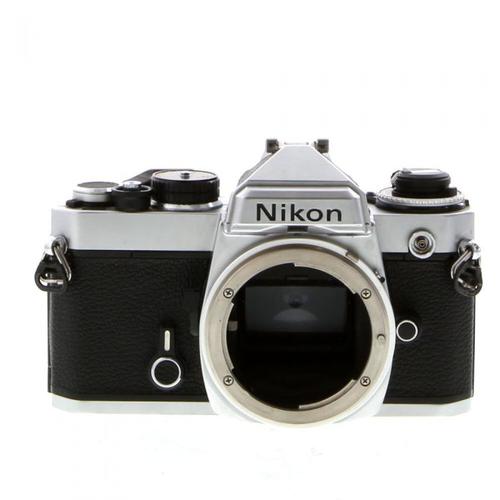 
If you are a person who views reliability as one of the most important factors in a camera, then this is the one for you. This camera is loved by photographers because it is always accurate and precise.


As thirty years of history have shown, the electronic FE is at least as reliable as any Nikon mechanical camera, and its tiny watch batteries last for years, and the battery gauge gives weeks of advance notice.


The FE does everything you need, and nothing you don’t. Because of this, it’s easy to get to the things you do need, like setting and locking exact exposure, easy access to the AE Lock button, and a real, smooth and instantly responding analog needle instead of a stupid, slow digital display. Photographing with the FE is a joy. It just gets out of the way and lets me make loads of great pictures.


The Nikon FE was released in 1978 and was in production until 1982. The FE is fully capable of using almost all older Nikon lenses, which means thaithethat they fit the needs of a wider range of scenarios. The main body in good condition is also available for less than $200! One article from Fstopper, they have reviewed this old camera, and James Madison in this article stated that it’s his favorite film camera. 
Since we’re talking about cameras, there’s no way to get around Leica in any way. This is probably the most popular film camera in the world, and it sure is not cheap. This camera isn’t for everyone, but for those advanced film camera lovers, this sure is a purchase that is worth their money.


If you’re looking for a Leica M film side camera with a built-in light meter, the Leica M6 is the best value for money in the entire Leica M film range today, it doesn’t rely on batteries to run and is very easy to service and upgrade.


The later Leica M7 has the aperture priority mode you probably really want. But the M6 makes you focus harder on what’s going on. And in all honesty, this is perhaps the extra beauty of the camera. You really, genuinely have to think and act carefully to get a good photo. It forces you to be much more calculating. And in the end, that makes you a better photographer. amazon.com0
Yashica | The Best Point-and-shoot Dumb Camera
$ 59.99
Save it


“Point and shoot” means it has a built-in lens, autofocus, and a built-in flash component. This is super friendly for those who don’t have a lot of experience with film cameras and people who like to carry a camera in their pocket.


Yashica T4 is a very flexible and powerful vintage camera. There are only three buttons on the top plate - the shutter button, the self-timer button, and the flash button. It is super lightweight and compact, you can literally carry it around and capture the casual moments of your life.


You can check out Dmitry Zhilyaev’s review, which compares the samples with photos of similar records. T4 is also loved by famous photographers like Terry Richardson (view story), he uses them to create his style of casual-looking, spontaneous, flash-heavy “snapshots” that you would recognize from his Barack Obama, Lady Gagrecognize, and Harper’s whimsical fashion creations. 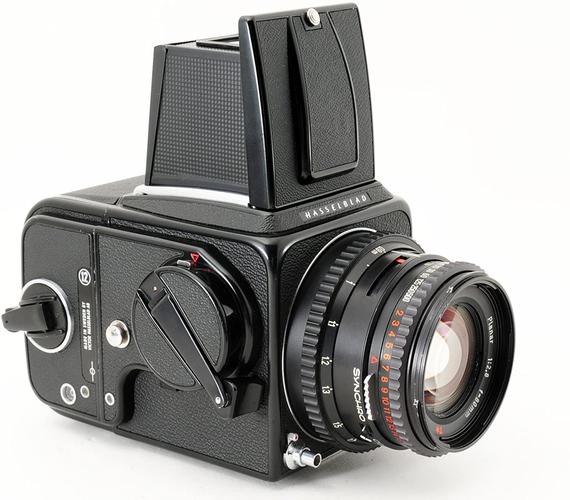 amazon.com0
Hasselblad | The Best Camera For Professionals
$ 3,199.99
Save it


If you are a pro or fanatic at film cameras, ordinary ones will not be able to fill your need, and you are looking for the next-level camera, this is the one for you.


Even if it is an old vintage camera, the Hasselblad 500C/M is a camera that will take time to study for photographers, and its modular design offers commanding features and excellent image quality.


For some people, photography is a slow process, with a tripod and in nature, and the Hasselblad fits this style like a glove.
You will be astonished by what Hasselblad 500 C/M can create, after viewing Michael Kenna’s work.


The Hasselblad is an amazing camera, but it will slow you down. It tends towards a slow and methodical approach to photography in which composition and settings are checked and double-checked. Depending on what you like to photograph, this can be a pro or a con.


Produced from 1970 to 1994, you can still find it on the secondary market. And yes, there are so many varied vintage cameras out there, that we still recommend the Nikon FE as it will satisfy most photographers both in terms of functionality and looks.


If you need a professional camera, the Hasselblad 500 C/M would be an excellent choice for you.