Show your love for Tanjiro By Shopping for these Collectables

Show your love for Tanjiro By Shopping for these Collectables 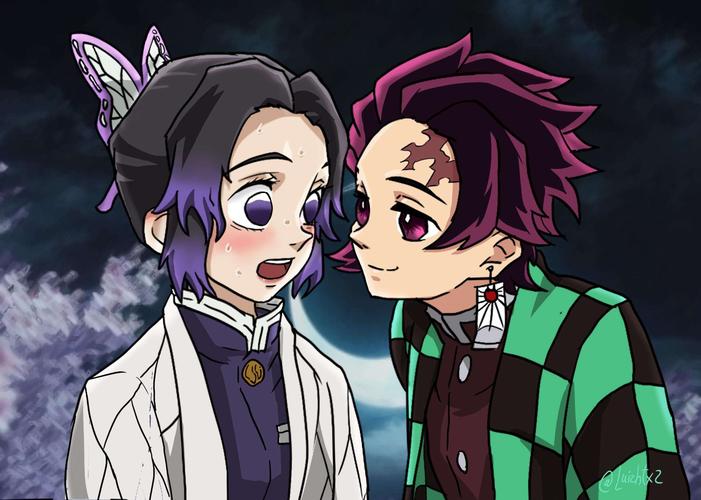 Demon Slayer quickly took everyone by storm. The inspiring series was well-received and loved by anime fans all over the world. Tanjiro was one of the most beloved characters. The anime series was written exceptionally and earned praise by both critics and viewers alike.

The series revolves around a teenager, Tanjiro, who is on a quest to restore his sister’s humanity after she became a demon when their family is murdered. The character of Tanjioro was well-received due to his caring nature and how he came to be a strong fighter.

Here are some amazing collectible items for Tanjiro fans out there: 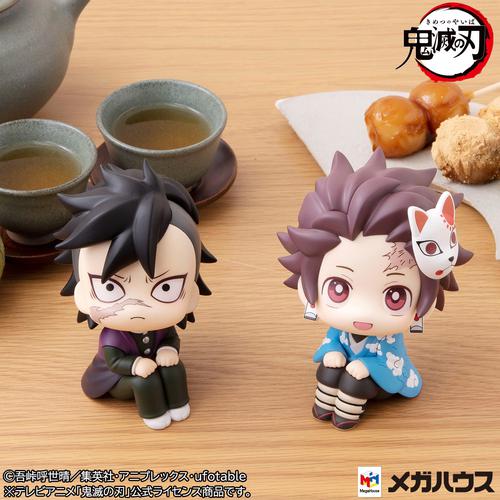 With the new MegaHouse Look Up series, now fans can enjoy Kimetsu no Yaiba Genya in a cute palm size figure. Genya Shinazugawa and Tanjiro Kamado are joining this time as well. The palm size figures are 4.3" tall. The members of Demon Slayers are sitting with their cute faces turned upwards – Tanjiro with an innocent smile and Genya looking angry as usual.

These figures feature a jointed neck, letting you move their faces. You could easily display them on your desk, nightstand, or anywhere else. The sets come with bonus cushions that you can display them on. 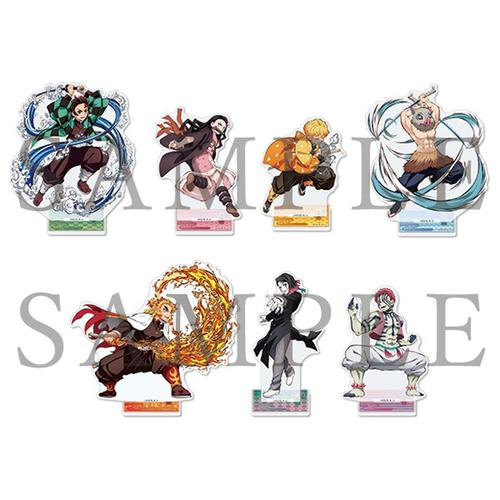 If you are a fan of Tanjiro, then this acrylic standee is a must have! The Tanjiro Acrylic standee from the series is ideal for the collectors showcase. Fans from all over the world love the Demon Slayer character Tanjiro. If you love Tanjiro and can’t have enough of the Demon Slayer memorabilia, this is not to be missed. It is the perfect display piece you can easily display in home or office. 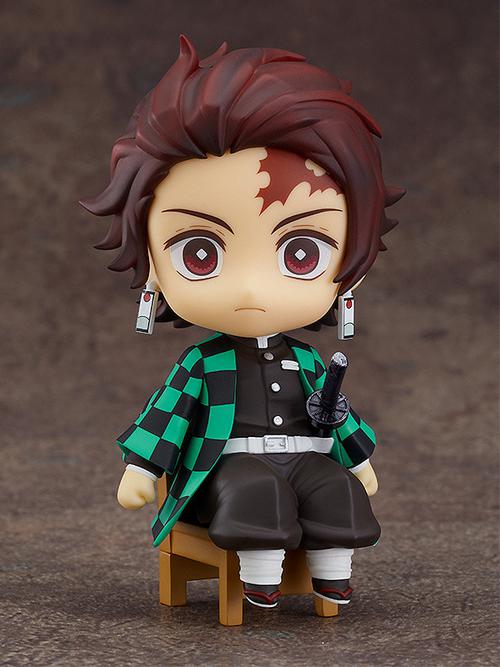 TheNendoroidSwacchao figures comes with a chair to sit them on! How cool is that? These figures come with chibi proportions of Nendoroid figures. Tanjiro is dressed in his signature Demon Slayer Corps with Nichirin Blade sheathed at his side. The serious stare looks pretty real!

The chairs come with jointed back legs that can easily be folded back. Complete the crew with his sister Nezuko and friends Inosuke and Zenitsu! 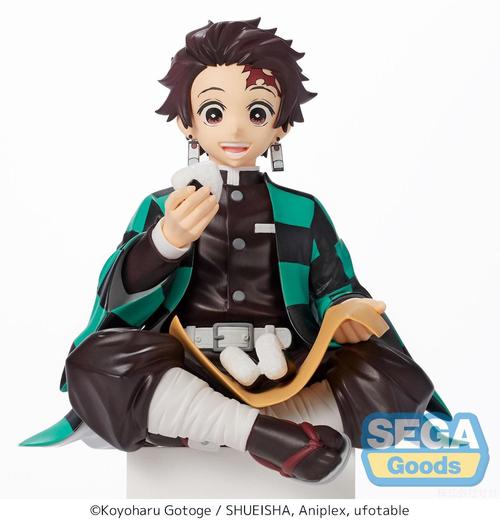 Get ready for another re-release of the snacking slayer! The popularity of Tanjiro Kamado knows no bounds! The famed Tanjiro Kamado is back for the third time. The figure is 5.9" tall with an onigiri in his hand. There are two more in his lap and he looks that he cannot wait to devour the rest too!

The Premium Perching figure re-releases from the SEGA in his standard Demon Slayer outfit and checkered haori. The details are impeccable from the wrinkles in the outfit as well the signature hanafuda earrings. 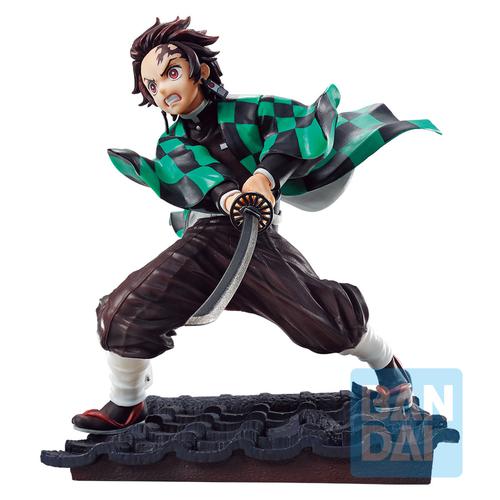 This features Tanjiro ready in the heat of the battle against Daki. Standing in a dynamic pose and measuring 5.5" tall, he stands on a rooftop base. You would see him determined, his teeth gritted as he swings the Nichirin blade. Do not forget to add him to your collection with the rest of the collection getting released along with it!

Aniplex and sculptor Pinpoint has collaborated for this 1/8 scale figure of Tanjiro doing his famed Water Breathing technique. The water rising around him in the shape of a fierce dragon, the 7.4" tall figure finds Tanjiro in a battle stance. The figure uses sharp bright colors and paintwork for perfect depiction from the manga. The details are impressive from every angle. 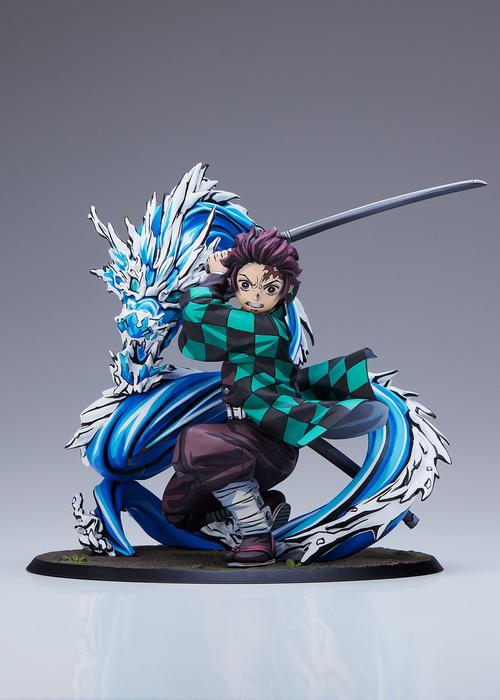 TanjiroKamado from Demon Slayer is part of AniplexConoFig series of figures. They are the perfect size for any collection. You would be amazed by the details! Tanjiro is in his Demon Slayer Corp uniform and measures 6.5" tall. He is captured as he gets ready to leap water and do his Water Breathing technique:“Tenth Form: Constant Flux.” His pose and expression reminds one of his fight with Rui.

Aniplex and sculptor Pinpoint has collaborated for this 1/8 scale figure of Tanjiro doing his famed Water Breathing technique. The water rising around him in the shape of a fierce dragon, the 7.4" tall figure finds Tanjiro in a battle stance. The figure uses sharp bright colors and paintwork for perfect depiction from the manga. The details are impressive from every angle. 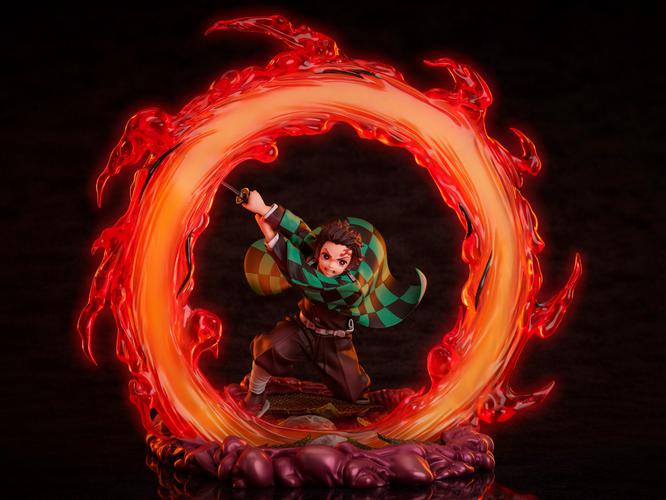 Get the theMugen Train Arc TV Edition o fTanjiro Kamado Hinokami Kagura Clear Blue Sky 1/8 Scale Figure! This figure does a perfect job of showcasing the intensity Tanjiro’s character possesses. The figure recalls the epic battle against Enmu with Demon Slayer Corps uniform peeking from the haori. Attention to detail, especially the base shows the exposed neck of Lower One, ,Enmu and the train. Clear parts and coloring make the Hinokami Kagura effect. 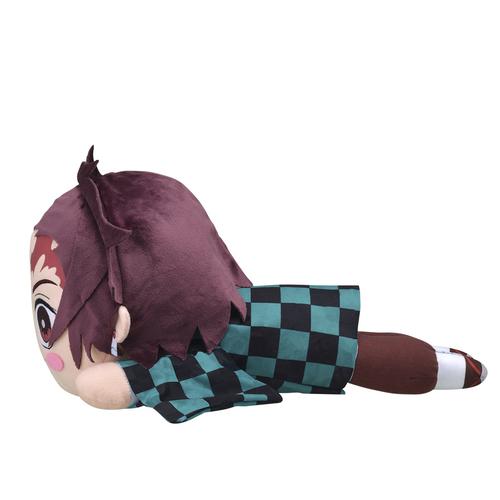 Even demon slayers need a day off! Featuring the hero of Demon Slayer, Tanjiro Kamado, this figure features him resting on the floor and taking a break from fighting demons. Wearing his green and black checkered jacket over brown pangs, the figure joins MEJ lay-down plush line with a big smile on his face. You would be amazed by the tiny yet perfect details such as the swept hair, the scar on the forehead, and hanafuda earrings.

Ensky is known to create unique plastic puzzles. They are fun to build and look like canvas artboard when done. This puzzle includes 366 pieces and features Tanjiro and Nezuko with a proud Chuntaro in their hands.

Check these collectibles out and orders yours today!