Must Have Kuromi Merch

Must Have Kuromi Merch

The infamous Hello Kitty is essentially a long-running Cash Cow Franchise mascot all the way from Japan. Brought to life by Yuko Shimizu and licensed by Sanrio, this cute little cat has been marketed globally for just as long as she has been in Japan.

It is also one of the highest-grossing media franchises of all time, having become a staple of the kawaii segment within Japanese pop culture. A series like this is nothing without its beloved characters and Kuromi is a truly pivotal one! 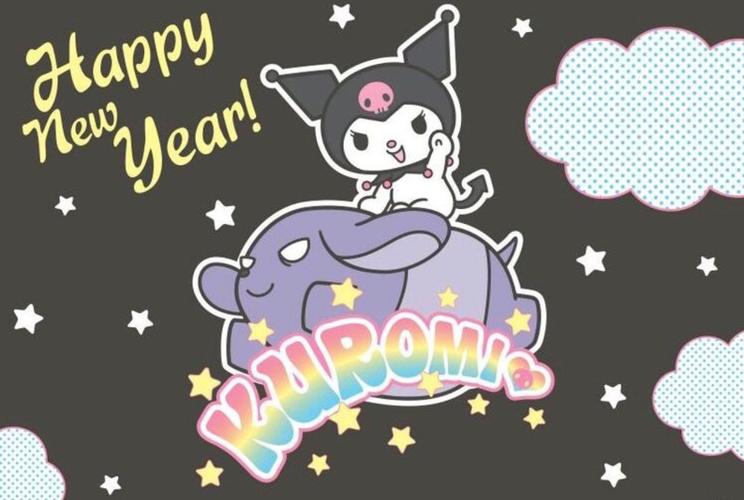 You most probably know who Kuromi is, but here is a quick rundown just in case! Kuromi is My Melody’s rival, portrayed as a cute white rabbit or impish creature donning an iconic black jester’s hat with her signature pink skull on the front and a black devil’s tail. This skull’s facial expression even changes form to match Kuromi’s mood.

As befitting one who was born on Halloween (October 31st), her name translates to “Chrome” in English. She also has an unmistakable similarity in appearance to Pichu from Pokemon. The height of her popularity stems from being an icon for punk, scene and goth crowds across the globe. Tough and punk on the outside, but very girly and attracted to good-looking boys on the inside, Kuromi is a gal in touch with her femininity. She loves writing in her dairy and enjoys romantic short stories. Despite being a villain, fans can’t get enough of this rowdy free spirit who even loves to eat and cook.

This is exactly why Kuromi Merchandise are true treasures to hold. Whether you’re a casual fan or an all-out fan, you can;t go wrong with these cute collectibles which are almost universal. Cute, chick, trendy and globally recognized, these goodies are must-haves! 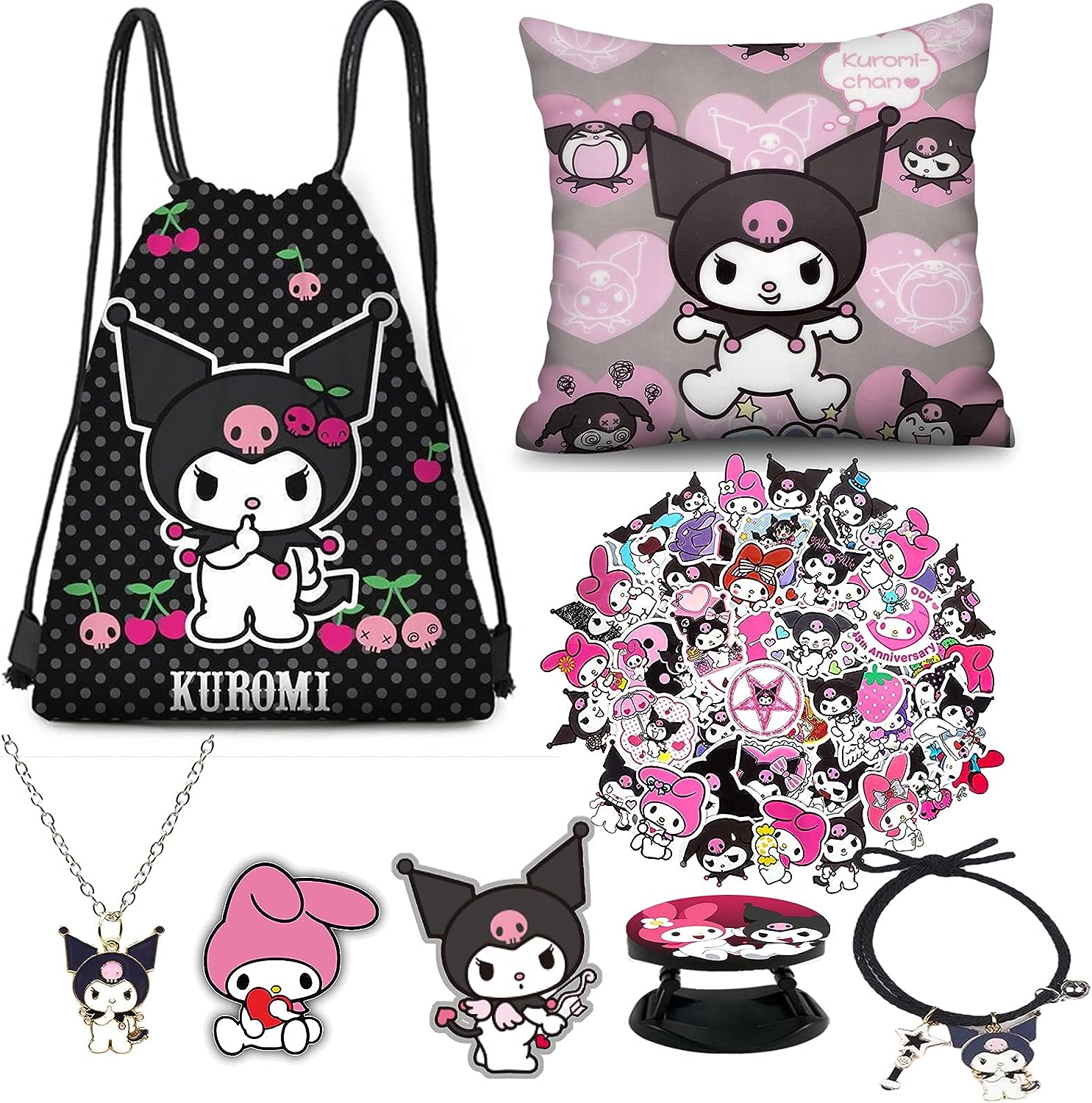 Upcoming are our top ten picks for some of the best Kuromi merch in existence , just waiting to be ordered. These are in no particular order, but rest assured that each and every one of them are more than worthy additions to your treasure trove of a collection! 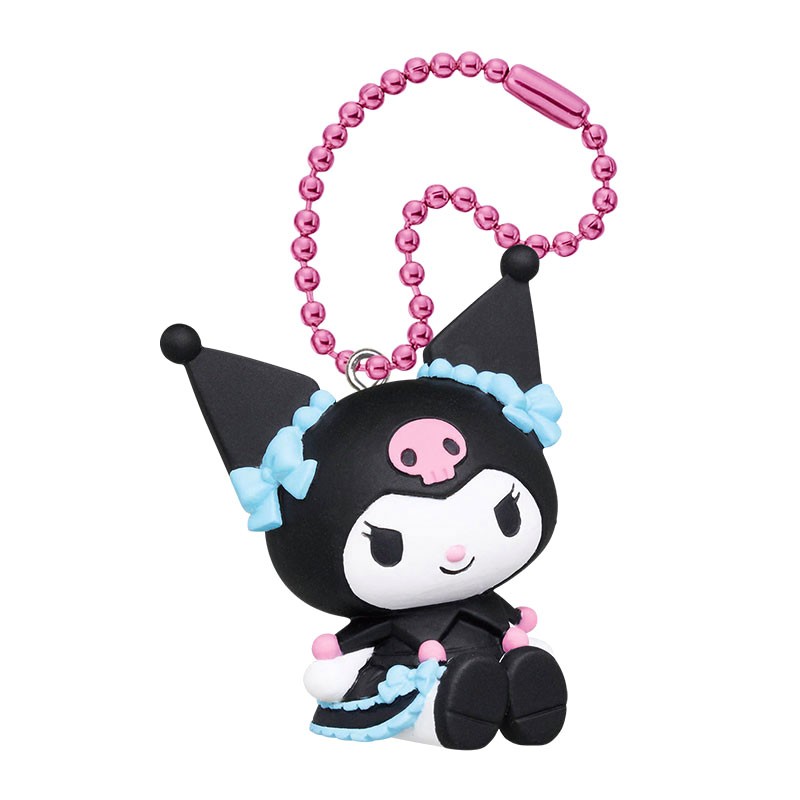 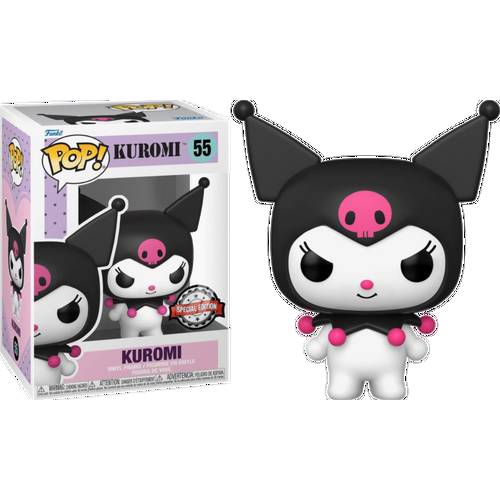 Many of us are familiar with Hello Kitty’s best friend, My Melody. She is an honest, caring and adorable bunny who enjoys life by simply picking flowers and eating almond cake. Yet, however perfect she may be, life is not without troubles and that’s exactly where Kuromi’s rivalry comes in.

This awesome Funko Pop figure portrays Kuromi in all her glory, wearing her jet-black jester hat and pink skull that changes its expression depending on her mood! She looks quite tough here, so its easy to forget what a big softy lies within. 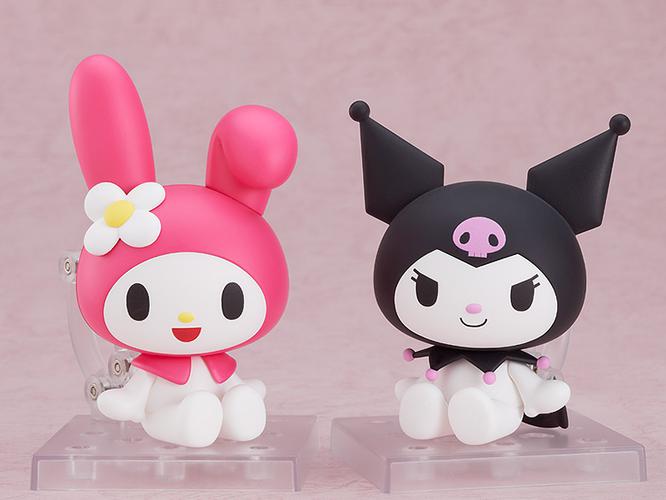 Straight from the “Onegai My Melody” Anime series comes a amazing Nendoroid figure of My Melody’s one and only self-proclaimed rival who escaped from Mariland, Kuromi herself!

Complete with three different face plates featuring the standard face, heart-eyed face and shouting face, this is a must-add item to your collection. What’s more, Her Melody Key and Kuromi Note are included as optional parts in this set. There are various arm and leg parts for you to make different poses as well. Sitting or standing, the choice is up to you! 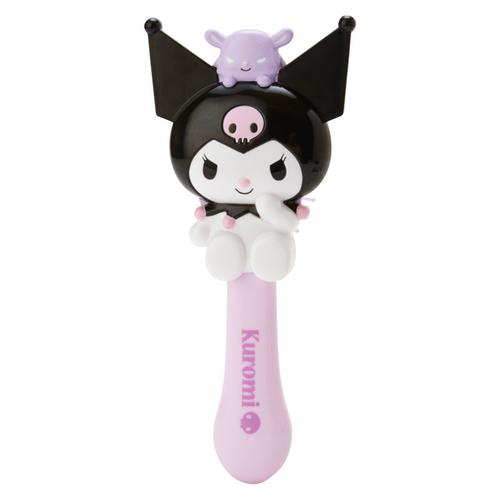 Kuromi is the leader of her very own biker gang, dubbed the Kuromi’s 5. The group loves to ride their tricycles while causing all sorts of havoc at breakneck speeds. She sure knows how to add some punk into everything, just like this Hairbrush themed after her!

Kuromi appears on the back side of the brush area with a mischievous grin on her face. No matter what type of hair you have, be it dry, rough or wavy, this collectible can brush it into smooth submission! Its size is approximately 7 x 4.6 x 18 cm. 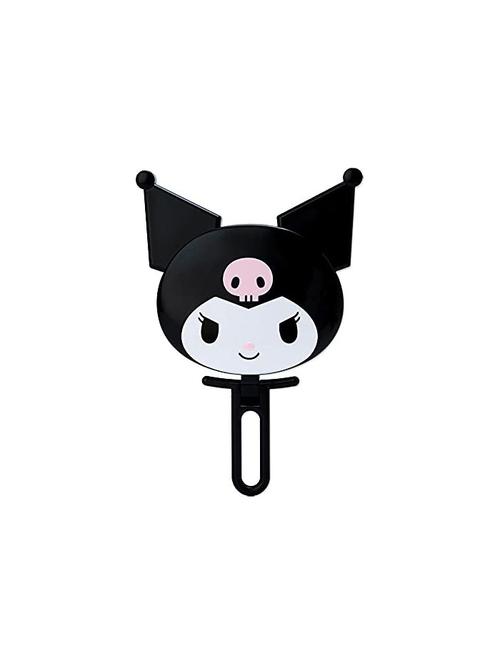 If everything you do is colored with cuteness, you’re guaranteed to feel better about each and every action more each day!

That’s exactly why a adorable face-shaped Hand Mirror can make a big difference in your life by making you smile every time you use it. This excellent Kuromi item can even transform into a stand-mirror when you bend cute handle, making it quite handy wherever you go. Its approximate size is 16.1 x 23.4 x 1.3 cm. 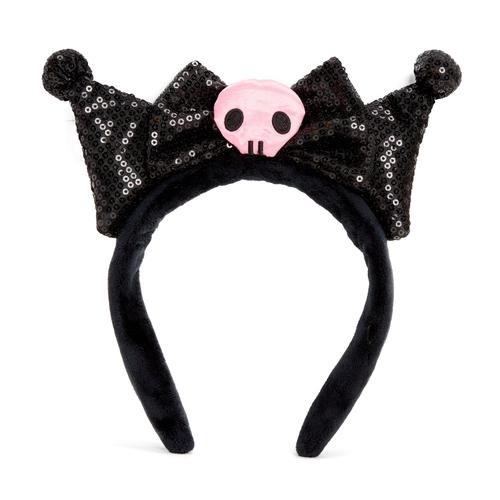 You now have access to an adorable Kuromi themed Hairbrush and Hand mirror. Something seems to be missing… Oh yeah! A cute Headband to complement it all!

For all fans of the devilishly charming Kuromi, this Headband is almost impossible to resist. Now you can easily dress up as your favorite Sanrio characters just for the fun of it and shine everywhere you go thanks to the glitzy, sequin finish. 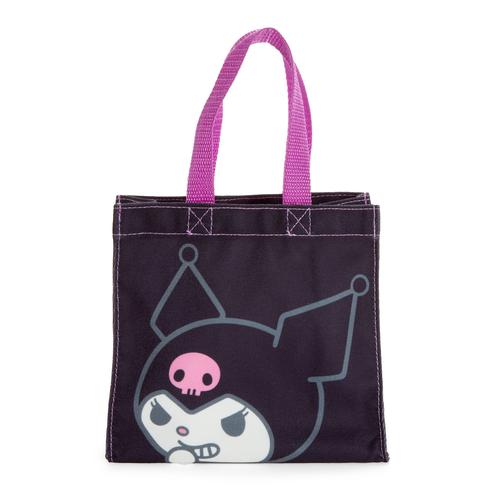 Wait, the set is not done yet! You need something to carry these goodies in as you go about your daily activities. A bag says a lot about a person and that’s precisely why these classic mini character totes are a must-have.

These are absolutely kawaii and perfect for carrying small items to-and-fro without damaging or losing them. Whether you use it to bring your lunch to work, carry your stationary to school or fill yummy treats in as a gift, none can deny that these totes are plain adorable. 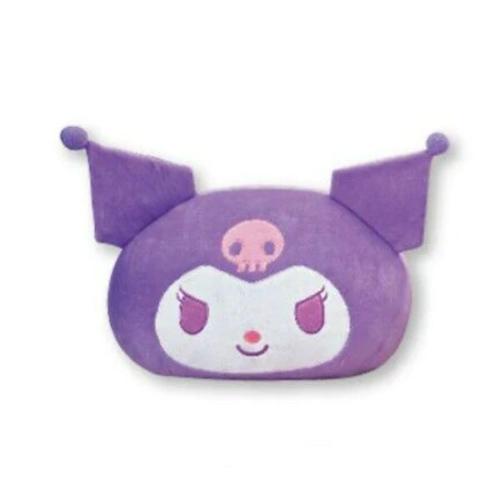 When it comes to Merch, we simply cannot forget the fluffy Plushes. This super cute mochi-mochi Face Cushion from Sanrio features Kuromi’s mischievous face ready to embrace yours!

These mochi material is unbelievably soft and squeezable, making them the best hug pillows out there. Its approximately sized 15" X 20". 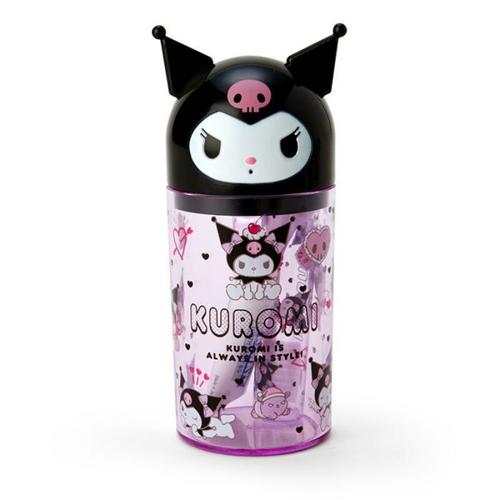 Kuromi is determined to enhance your look in more ways than one. That’s why JAPAN Sanrio presents to you the Kuromi Chromi Toothbrush, Dental Cup and Purple Toothpaste Travel Set. Brushing your teeth anywhere you go is of upmost importance, and it requires a certain amount of care and cuteness too. This adorable mini Kuromi toothbrush set will travel right alongside you to get the job done in style.

The iconic bow-adorned head of Sanrio’s beloved mascot will help you seal the rinse cup carry case. Inside you will find the decorative toothbrush that slots within its own clear handle and the mini tube of toothpaste. Quite the handy set! 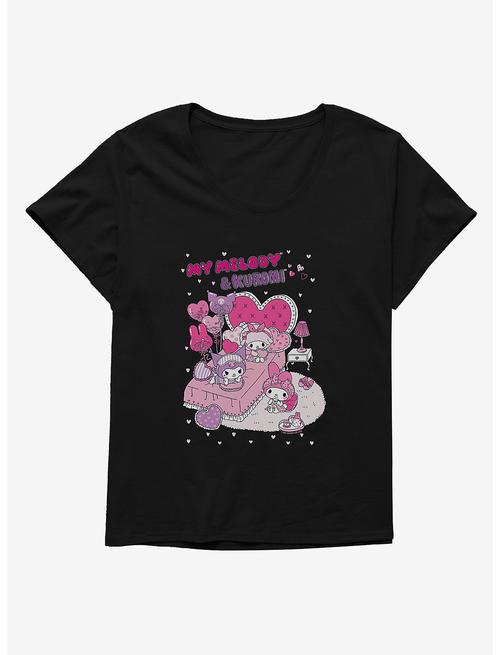 This list is not done adorning you with cuteness yet. This entry features a superb black T-shirt that portrays the adorable rivals My Melody and Kuromi having fun in their bedroom, fully chill!

This scoop-neck Tee is lightweight, pre-shrunk, ring-spun and 100% cotton. It is a wash cold-dry low piece of clothing with listings in women’s plus sizes as well. 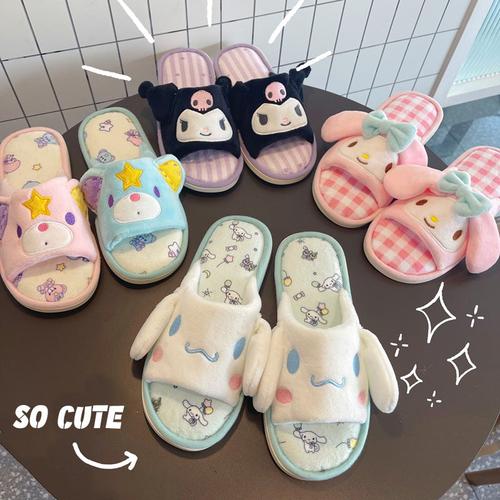 The icing atop the cake… or should we say the foundation at the foot, here are a range of Kuromi Slippers for you! Take your pick from among these cute designs themed after Kuromi and her friends Nyanmi, Wanmi and Chumi.

Thanks to these, you can really make yourself comfortable at home. They’re guaranteed to keep your feet warm as you do about your homely duties, including shuffling to the kitchen for late-night snacks. Finished to perfection with embroidered detailing on the face and a color contrast in the foot-bed, all that’s left is for you to pick your favorite Sanrio character!

Thus concludes our list for some of the best Kuromi merchandise that are conveniently available for you to purchase right now. Whether your daily routine consists of staying at home or going places, these goodies will supplement both. So sit back, relax and order you favorites today! 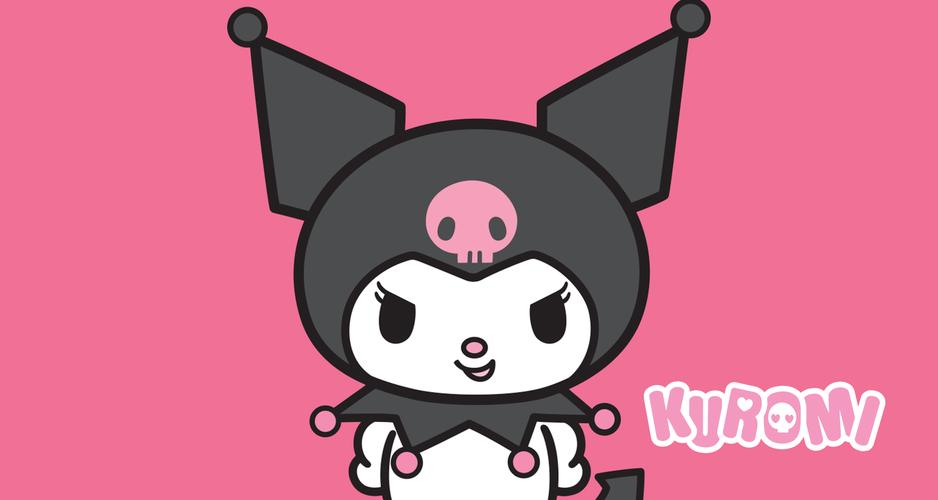