King Of The Demons-Muzan Kibutsuji In The Demon Slayer

King Of The Demons-Muzan Kibutsuji In The Demon Slayer

Demon Slayer: Kimetsu no Yaiba’s primary foe is Muzan Kibutsuji. He is the Demon King, also the strongest,most powerful demon of history.The first of his kind and the ancestor of all other demons in existence. The Twelve Kizuki, a group of the twelve most powerful demons in existence, are led by Muzan and report to him.He’s also the master of them.

Muzan was transformed into a demon during an experimental therapy to try to heal his terminal disease millennia ago, during the Heian Era. Since then, his objective has been to live without the dread of dying and become everlasting. Finding the Blue Spider Lily or breeding more demons in the hope that one day one may be able to overcome their vulnerability are the two methods he intends to do.

Muzan, the Demon King, has the ability to command all those who have absorbed his blood and turned into demons, the only exceptions being Nezuko Kamado, Tamayo, Yushiro, and later Chachamaru. Later it is discovered that Muzan shares a bloodline with the Ubuyashiki Family. 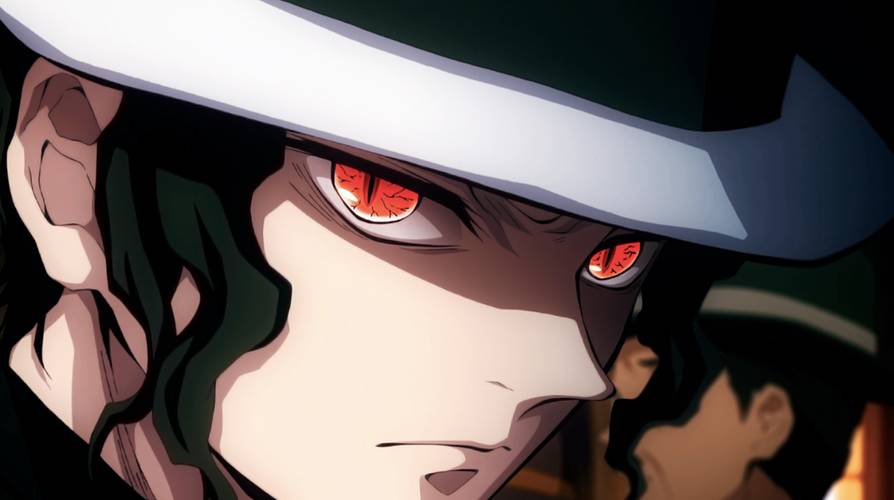 Muzan resembles a tall, rather strong man in his late 20s with wavy black hair, sharp, almond-shaped eyes, and unusually pale skin that can be mistaken for being diseased and sickly. He has plum-colored pupils that are vertical like those of a cat. His hands have piercing blue nails as well.

Muzan made his debut appearance with somewhat ostentatious attire and a white fedora with a crimson ribbon. The ensemble included a black tuxedo with white embroidery, a white tie, a black dress shirt, and white dress pants. Black loafers were likewise on his feet. The Demon King had a somewhat different hairdo and attire than he had in his first appearance, as shown in Rui’s flashbacks of meeting Muzan. Muzan’s hair was straighter and middle-parted when he first met Rui. He also had a loose-fitting tuxedo on, which he covered with a white half-cloak.

He arrived at the conference with the Lower Rank demons disguised as a graceful woman wearing a long black yukata, which prevented the Lower Ranks from immediately recognizing him. Later, he changed into his most recent cover identity—the adopted sick son of an elderly couple—by assuming the appearance of a young child between the ages of 10 and 11 with pale, white skin and black, silky-smooth, precisely coiffed hair. In this disguise, his primary clothing consists of a plain white button-up shirt, black cargo shorts, long tube socks, and loafers. 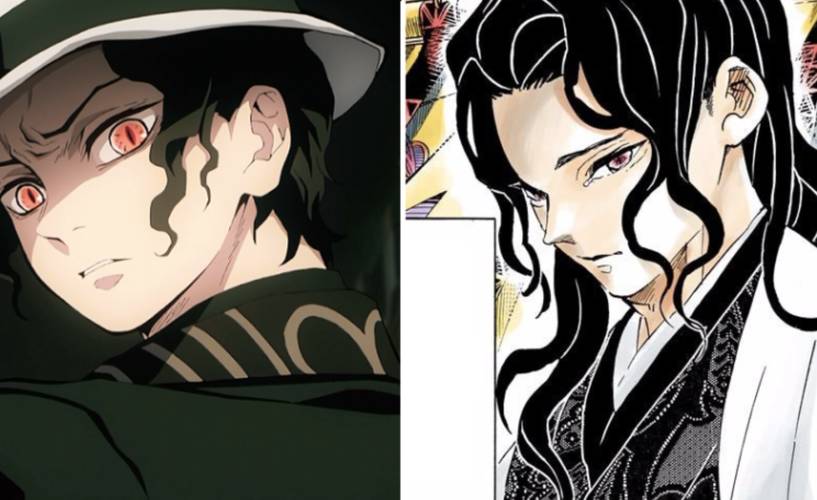 Muzan’s childhood was plagued by illnesses, which contributed to his thanatophobia. When Muzan was a young man, he was told he had a disease that would cause him to pass away before he was 20. The doctor treating Muzan had given him a unique prototype drug, but it appeared to have no effect.

The worsening of his health infuriated Muzan, who murdered his doctor. After killing the doctor, he just realized the medicine was effective and that it had given him a muscular physique. He was aware that in order to survive, he would have to consume human flesh, but he was indifferent about this. His greater worry, however, was that he couldn’t step outside since the sun burned him so severely.

Before he could finish his therapy with his “Blue Spider Lily” medicine, he realized how much he regretted killing the doctor. He searched all over the nation for the bloom in vain. As a result, Muzan started to create more Demons and intended to scatter them over the globe in the hopes that one of them would eventually find a way to beat the sun or, at the absolute least, could help him in his quest to find the Blue Spider Lily. His only goal in life became the desire to experience the sun once more, which he spent hundreds of years chasing.

He encountered Kokushibo and Tamayo, transforming them both into demons. As a result of his encounter with Yoriiichi, he develops a lasting terror of him.

Muzan is immensely intelligent, aggressive, cold-blooded, and frightening. He has never found anyone to be precious, and he shows little regard for his own subordinates. He is rarely depicted as being unhappy or joyful, and most of the time, even when he murders his own employees, he comes across as entirely dull and uncaring.

He can’t take being teased or scolded in any manner because of his overinflated ego and sense of self-worth because he thinks that everyone is there to serve him. It also suggests that he doesn’t often take enemies or threats seriously.

Muzan killed two drunk men with great brutality because they had insulted him, all the while extolling his own virtue and supremacy over them. He is so petty that he won’t allow himself to be humiliated and will do whatever he wants to till it is.
Muzan hides his extreme cowardice under a variety of masks, completely disguising his inflated ego and quest for perfection. After Yoriichi, Muzan instructed his lieutenants to deal with the demon-slaying corps to avoid any potential direct conflict.

When Muzan is forced into a corner, his usually cool, arrogant, and superior demeanor breaks down, allowing dread and panic to take root as he fiercely fights for his life, turning to more extreme tactics to defend himself. Despite Muzan’s shortcomings, he has constantly shown an excellent preference for both high society and higher education.

Muzan is the most powerful demon in existence because he is the Demon King and the origin of all demons. Muzan quickly and easily eliminated about a hundred Demon Slayers after dissolving a medicine that transforms him back into a human. The former said that an Upper Rank’s strength is incomparable to Muzan’s during his match with marked Tanjiro Kamado and marked Giyu Tomioka, while the latter was unable to even follow his attacks and could only duck by instinct. Muzan casually cut out Tanjiro’s eye after he approached the Demon King and subsequently claimed that Tanjiro’s attacks were too quick for him to scent.

Organic and inorganic things have been absorbed, assimilated, and disintegrated by Muzan. The first evidence of this was when Muzan ingested the flesh seeds that punctured his skin and neutralized their effects. Later, he inadvertently unintentionally took in Tamayo’s limb and a substance that transforms demons back into people. The way he intended to consume and assimilate Nezuko Kamado in order to get her immunity to the sun is another example of this.

When Muzan is engaged in combat, he can take on a more monstrous and battle-like appearance, with a dark-red scale-like mass covering the majority of his body (most noticeably on his limbs, forehead, and entire lower body), as well as wide, sharp-toothed mouths all over his body and longer pale white hair. In this form, he has sharp-toothed jaws all over his body. These jaws not only serve as his primary method of attack in combat, but they also serve to aid in his recovery because he can use them to tear apart enemies and consume their flesh, killing them while also regaining strength at the same time.

He has strong biokinetic talents because of Muzan’s Blood Demon Art, most notably the capacity to shapeshift and control his body. Muzan has shown that he is capable of changing and controlling his flesh, limbs, and even organs. He first demonstrated this during the Lower Rank meeting, deceiving the Lower Moons by adopting the features and aura of an adult female. Later, he bent his left arm into a gigantic, hideous monster shape that was utilized to kill and consume the Lower Ranks. It had many mouths and eyes. Muzan uses this power to adopt a childlike appearance after the events of the Mugen Train arc, even changing the color of his eyes when speaking to Akaza. 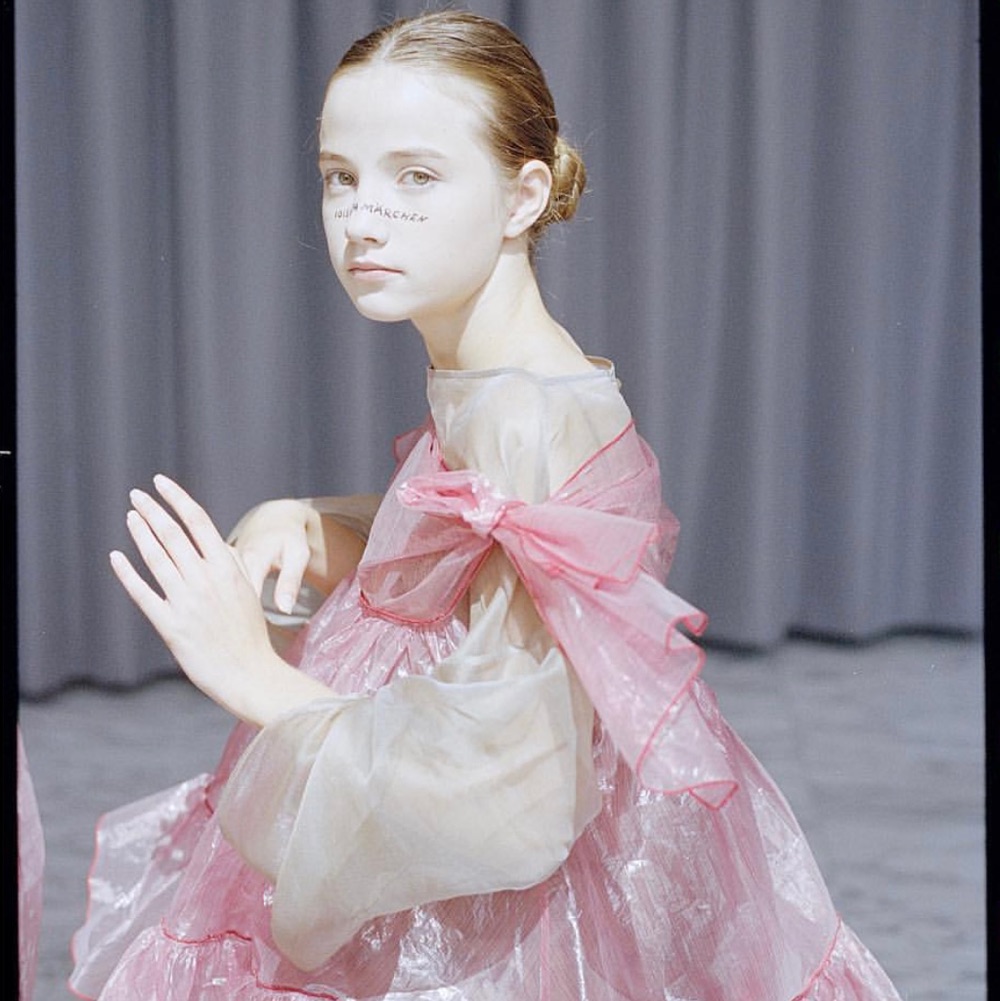