How to adjust different settings of a camera

How to adjust different settings of a camera How do you adjust the different settings of a camera?

A camera is almost an essential tool in the modern world, as it allows you to capture all your significant moments with high quality and convenience. Now of course you can slap your camera in auto mode and click away at the person, view or object you want to photograph but you might not be utilizing the full potential of the camera by doing so.

That is where camera settings come in and by tweaking them in the right way you can really get a great photo that you can’t get with automatic settings. It goes without saying that there are various settings on a smartphone or an SLR camera that can affect how the image will end up looking.

However, by knowing how some key camera settings work on a smartphone you can take your photography skills to the next level. So if you are wondering what are some of the most important camera settings on a camera and how to adjust them then keep reading. Because we will explain how you can tweak these settings for the best results in detail.

Auto mode automatically selects exposure settings.With that said the camera’s computer lacks the creativity that is expected of humans. Exposure is how much light reaches a camera’s sensor or film. It affects how bright or dark photos seem.

Shutter speed and aperture control an image’s exposure. The third setting, known as ISO, impacts picture brightness and should be understood in order to create an image with a proper exposure.

You may also alter photos during the editing phase to make them darker or lighter, however, ideally, the exposure settings should be enough to create a great photo.

Even skilled photographers struggle with exposure. Every scene may be captured with a broad variety of shutter speed, aperture, and ISO settings. Once you shoot a brilliant shot, it doesn’t automatically means you have mastered exposure.

Even the auto mode on most cameras can auto-adjust exposure to take great pictures. Proper picture exposure involves balancing shutter speed, aperture, and ISO so the depth of field and sharpness appear excellent.

Many photographers find the aperture (f-stop) setting difficult. This is because it is a highly unpredictable setting. The aperture is the lens’ hole size. The narrower the hole, the less light goes through.
The numbering method used to represent aperture is the most confusing aspect of this camera setting. Smaller the number of aperture settings, the bigger the lens hole gets.

So f/2.8 is wider than f/4, f/5.6, f/8, f/11, and so on. Lenses having a wide maximum aperture (like f/2) are considered quicker because they can let more light in. It’s not just about light and lens aperture. The aperture can also change the picture clarity.

When taking a picture of a group of people, for example, a narrow aperture will keep the picture sharp. It will also let you slow the shutter speed on purpose, like when you want to blur the motion of a moving object.

Shutter speed determines how long your camera’s sensor is exposed to light. Many cameras use a mechanical shutter to let light reach the sensor. Others employ a digital shutter that turns the sensor on for a specified time, then turn it off.
The speed of the shutter is shown in fractions of a second. 1/1000th-second shutter speed is indicated as 1000 on cameras. It’s written as 1′′ if the time is a second (or longer).

A fast shutter speed, such 1/500, freezes most shot movements. Only fast-moving things will blur. Prioritize shutter speed for airshows and sporting activities. The faster the shutter speed in such situations the better. With that said the
Faster shutter speeds reduce the most of light that reaches the lens.

In a fast-move scene such as a street scene or concert, you’ll require a fast shutter speed of at least 1/250. Sports activities demand even more shutter speed.

ISO is short for International Organization for Standardization and it is a European non-governmental organization that ensures industries use the same standards. ISO adjusts the camera’s light sensitivity.With that said Increased light sensitivity causes the image to appear grainy.

For example ISO 100 preserves picture quality but isn’t light sensitive. ISO 3200 is sensitive to light however it can cause the image to appear grainy.

ISO balances shutter speed and aperture. If you want most of the scene to appear crisp with a small aperture, then you will need to increase ISO.

If you need rapid shutter rates to freeze action in poor light, increase then this situation will also require you to increase the ISO. With that said

Remember that if you change the ISO, you have to tweak other settings above to compensate for the ISO adjustments. This means that you need to change the aperture and shutter speed along with ISO in most cases. You can also use Auto ISO to let the camera choose the ISO value for you.

Most cameras also give you different options for how to save the pictures. You can change things like what each image is called. But the difference between JPEG and RAW is the most important thing to know about file types.

A JPEG is a common type of digital photo and this format is mostly used by default. JPEGs are made in the camera. Right out of the camera, the picture is ready to share and print as JPEG. RAW files are bigger than JPEGs. So naturally, JPEGs don’t take up as much space on a memory card and won’t slow down a camera as some RAW files can. 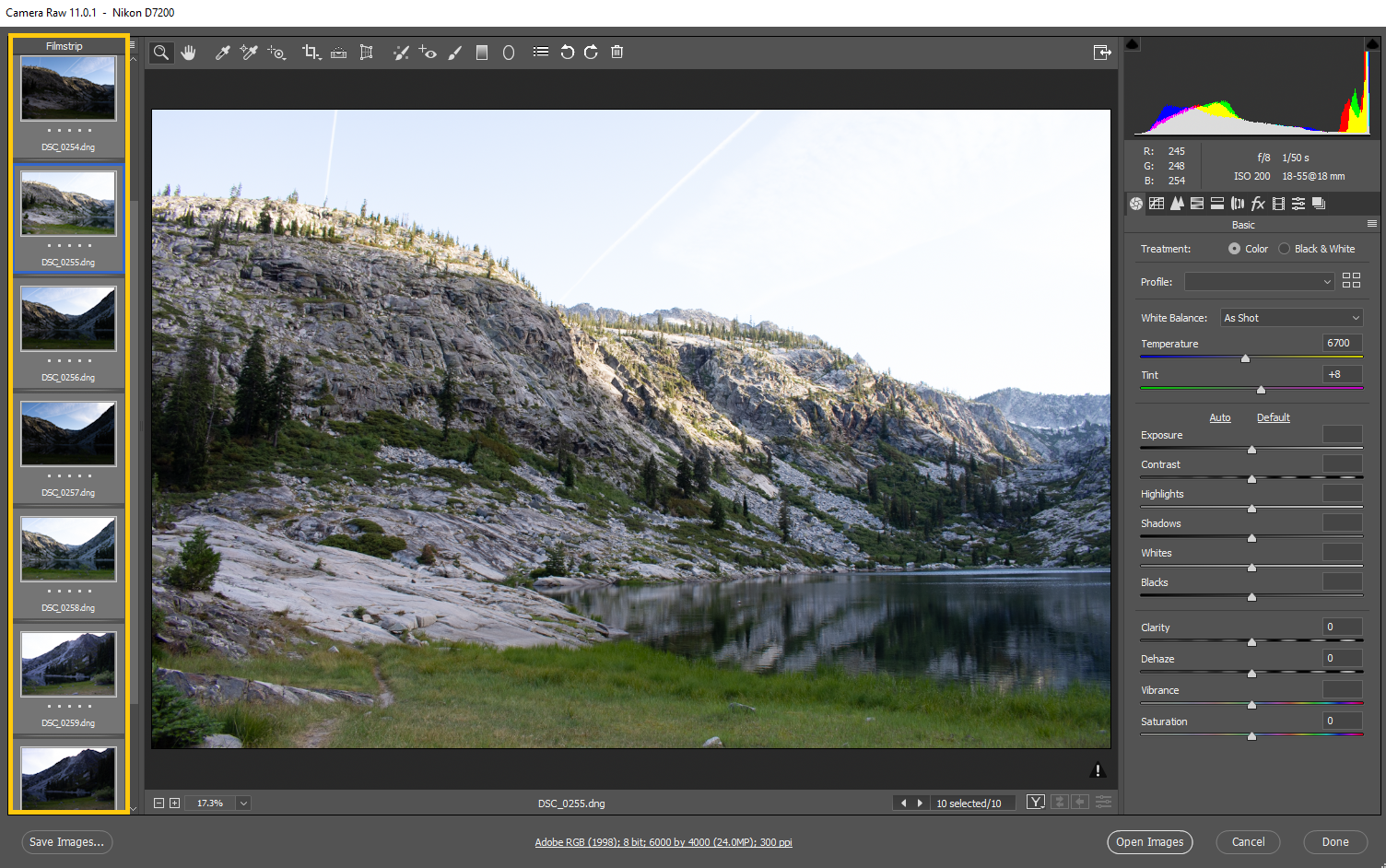 Photographs taken in RAW format have not been processed. You can’t directly post that RAW file to Instagram. But this type of file gives you more ways to edit the image.

If you made a mistake with the white balance, a RAW file could fix it without affecting the quality of the photo. Also, making small changes to the exposure is easier with RAW files. They can store a wider range of brightness levels, which can be used to improve contrast and color.

In RAW, you can’t repair serious exposure flaws like blurred image. It’s best to try to do most of the work in-camera as possible instead of relying on editing. If you want to edit images, the best file type is RAW.

So there you have it all of the above-mentioned camera settings are considered some of the most essential as far as getting the right image is concerned. With that said if you want to master these setting then playing around with these settings is the only way to build the knowledge necessary to get the best shot every time.