Get the Exquisite Stranger Things Funko Pops in Classic Stuff

Get the Exquisite Stranger Things Funko Pops in Classic Stuff 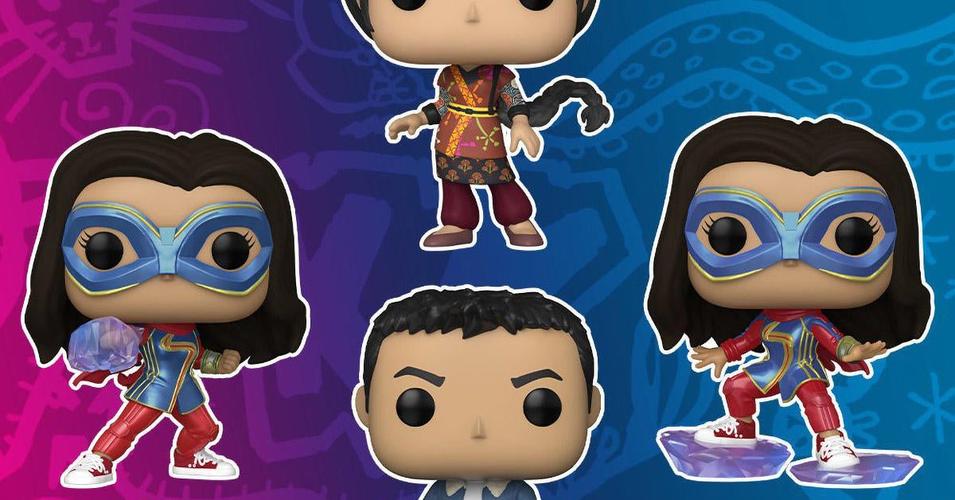 Want to buy awesome stuff in the figure collection? Then, you should go for stranger things Funko Pop is nicely articulated and beautifully designed. With these characters, you will find out how nice it is to help others and stand beside them no matter the situation. Helping others may give you a good feeling and it will motivate you to assist those in need on practical grounds. So, with these figures, you can get a different way of looking at life. 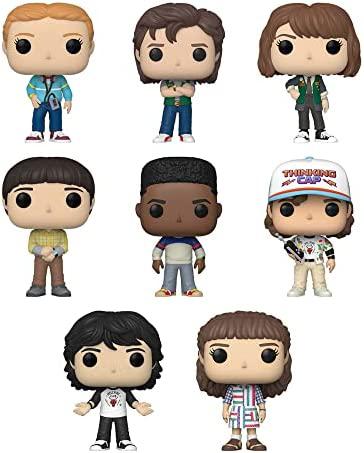 Want to buy something where you can not only get a single figure but a whole bunch of it? Then, you should go for Funko Pop! Stranger Things Season 4 Set of 8 is nicely articulated and beautifully designed. Isn’t it funny where you can enjoy at the same time with your favorite characters from the stranger things series? Eleven is a girl on whom lots of experiments have been done but she never loses hope and sticks to goodness till the end.

Moreover, Funko Pop! Stranger Things Season 4 Set of 8 is having Mike who is an optimistic guy who remains faithful to his friends even after dwelling in major difficulties. Dustin proved himself to be a protector of the unity whose major objective is to remain level-headed no matter the situation. Although Lucas finds some difficulties in understanding supernatural powers once he sees them himself he never abandons his friends especially when the situation gets tough. Will is a soft-spoken and intelligent guy who remains so courageous even after getting kidnapped. Steve is a handsome guy who is having a compassionate heart. Max is called a Tomboy who is quite brave and loves to fight for rights. So, you can get the exact figures having the same features and long-lasting vinyl material. Its dimension is 13x10x8 inches. 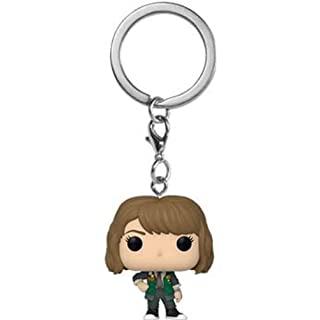 Need something stylish which you can take wherever you want? Then, Funko Pop! Keychain: Stranger Things – Steve will be your perfect partner. It is exquisitely designed and nicely articulated that you will love keeping it along with you whether you’re going out or hanging it with your bag. All you need to do is to enroll it in your keys and have your favorite Steve character figure in your keychain. As Steve is considered a good-looking person who is having nice features and is being called King Steve. He has a compassionate heart and never does or sees others harming especially the children.

Therefore, Funko Pop! Keychain: Stranger Things – Steve is beautifully designed which gives you a nice look. The best thing about this figure is its perfection which will amaze you. The big head captures the attention and the brown hair are accurately defined where each strand is nicely done. The length of hair goes towards the neck and the thick black eyes give you a compassionate look. Its body is tiny as compared to its head but gives you proper alignment. The dress is awesome with blue jeans and a yellow shirt gives an awesome combination. Its dimension is 3x2x1.75 inches and the material used in it is vinyl. 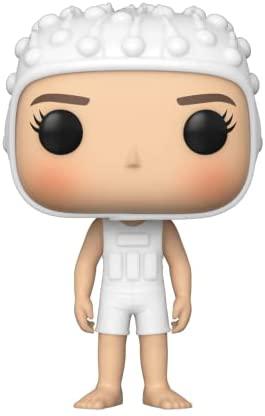 Want to try out something unique this time in your figure collection that is having different costume? Then, nothing will be better than Funko Pop! TV: Stranger Things - Eleven in Tank Suit. It is designed in an exquisite way that will amaze you and you will love the details that are being given to every feature. Eleven is presented in this figure wearing a tank suit that is usually worn while swimming, which gives her a nice look. Eleven has undergone many experiments and as a result, she possesses lots of powers which later on she uses to kill the monster.

Therefore, Funko Pop! TV: Stranger Things - Eleven in Tank Suit is beautifully designed which suits her. After Will is kidnapped by the monster she uses her powers to come to know whether he’s alive or not. She swims in water and uses a water technique to visualize everything that’s hidden. The white color is the symbol of peace which indicates that she’s with the innocents. The sleeveless shirt and the shorts give it a unique look and the cap on the head is nicely fitted on his head. The top of the cap is designed in the form of bubbles that looks like water drops. Its dimension is 2.5x2.5x3.75 inches and its vinyl material is of high quality. 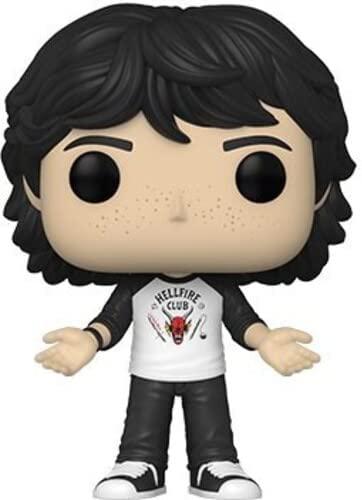 Some figures give you a nice feeling whenever you see them such as Funko Pop! TV: Stranger Things – Mike Vinyl Figure that is nicely designed and accurately finished. As Mike is considered an optimistic person who is finding goodness in every situation. The best thing about his character is that he trusted Eleven when she wants to join their group of friends. However, when Will got kidnapped by Demogorgon then Mike supported Eleven when she’s using her powers. He also has feelings for Eleven which he expresses later on.

Therefore, Funko Pop! TV: Stranger Things – Mike Vinyl Figure is quite awesome in a style that you will love adding to your collection. Mike is a lean guy who is always doing good to others and never doing anything that’ll harm others. In this figure he is being presented in glossy black pants that is having proper fitting and the sweatshirt is having black and white combination. The logo on the front looks quite awesome and the raised hands depict that he’s up to something and he’ll take action. The hair is nicely done and the strands are put in a way that covers the forehead. Its vinyl material is awesome and it is 3 ¾ inches tall. 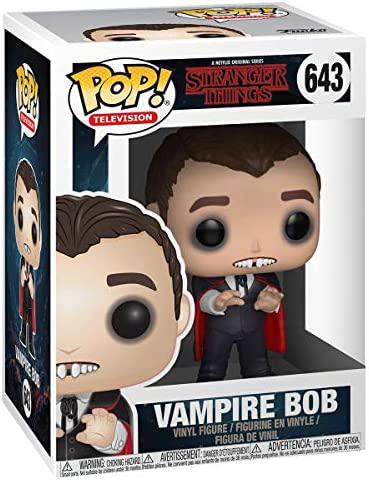 If you want to get a figure that depicts sincerity and faithfulness then you should go for Funko Pop! Television Stranger Things Vampire Bob. It is beautifully depicted and awesomely designed. Bob is considered as being a clever and amiable person who loves to play riddles since childhood. He is having a light heart and doesn’t enjoy horror movies however, he likes to have peace around him. When Will finds himself in danger after seeing the traumas then Bob helps him and advises him to face it rather than fear. Then, he draws the drawings which Will has told and got killed to save others by the Mind Flyer.

Therefore, Funko Pop! Television Stranger Things Vampire Bob The newest wave of Stranger Things Pop. The best thing which made this figure unique is that it gives you a horrifying look. Bob is dressed in Halloween style with teeth tucked out which gives him a horrifying look. You may get scared once you look at him. The figure is dressed in a 3-piece formal suit which gives him a decent look and the bald head depicts that he is mature enough to make the decisions. His drawn hands show that he is ready to scare others with his personality. Its dimension is 3.54x2.95x3.54 inches and the material used in it is vinyl that is of high quality.

To conclude, stranger things Funko Pop is a nice series that offers you to have a different way of perspective on life. All the characters are nice in style and exquisite in finishing that you would love adding it in your collection. But don’t forget to look at the material and its sizing whether it’s the same or not so that you wouldn’t find any problem later on.