Does Power Die in Chainsaw Man? - Everything You Need To Know

Does Power Die in Chainsaw Man? - Everything You Need To Know

The Blood Fiend and a Public Safety Devil Hunter, Power is a part of Makima’s special squad. Power appeared in the Anime and got Denji to work with him, who was super excited to finally work with a girl. Power is one of the most important characters in the Chainsaw Man series, and that’s why here’s everything you need to know about the Power Chainsaw Man. 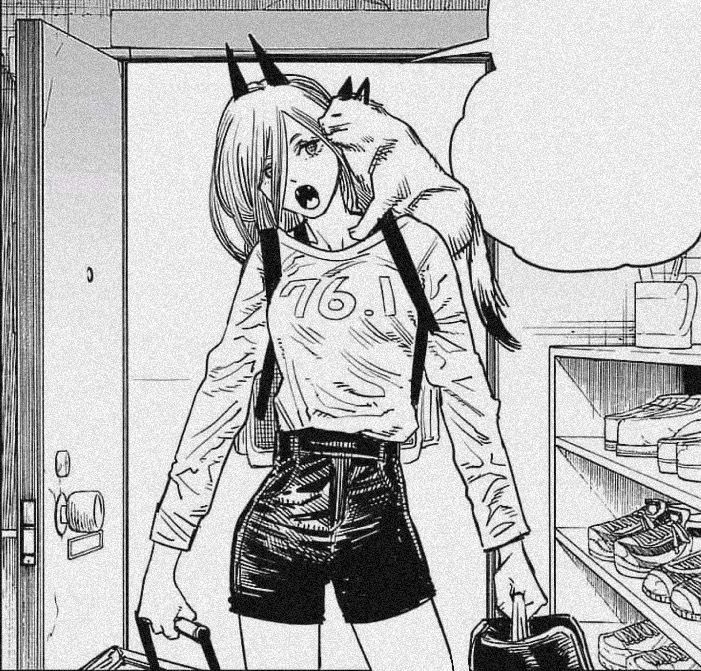 When we talk about the personality of chainsaw man Power, it is far from simple. At first glance, she is very greedy, selfish, and childish, which makes her an eyesore to be around. She also fights on the smallest things and fights in a way where she thinks she has something to gain. Power also does not shy away when it comes to running away from complex battles.

She also feels like she’s superior to everyone around her, and every once in a while, Power tries to assert her dominance over her fellow Devil Hunters by saying that she’s a superior fiend. Power also has no empathy or loyalty when it comes to humanity. She only cares about the winning side and would happily join both.

Power also comes off as rude and thinks that everyone is inferior to her. She’s quite untidy as she claims that she never flushes her toilet and thinks that humans are just way too sensitive to care about their hygiene so much.

But this is where things get messy. Power is a compulsive liar. She would lie on the spot to the point where someone might start believing her. After Makima got to know about how Power killed a devil that she wasn’t supposed to, she shifted the blame to Denji and told them that he was the one who ordered her to kill the devil. She also blamed Denji for eating all of their emergency food even though she had crumbs all over her face.

And at one point, Power ran away from a battle, to which she replied that she just ran away from the battle because she was getting hungry. When we talk about a character like Power, you know that the apple doesn’t fall too far from the tree. She also has a habit of backbiting her friends and enemies.

Power loves meat and doesn’t care if it’s beef, port, or human meat. She will eat them all. Even if the meat is rotten, she has no problem eating it. Power is anti-vegetarian, and she would throw all the vegetables away from her meal. She’s always hungry and must eat in order to survive. After Aki asked Power about what reward she wanted after becoming part of the mission, she said that she would like human blood until they died.

However, despite being this cynic, Power was able to feel compassion towards her pet for the first time. 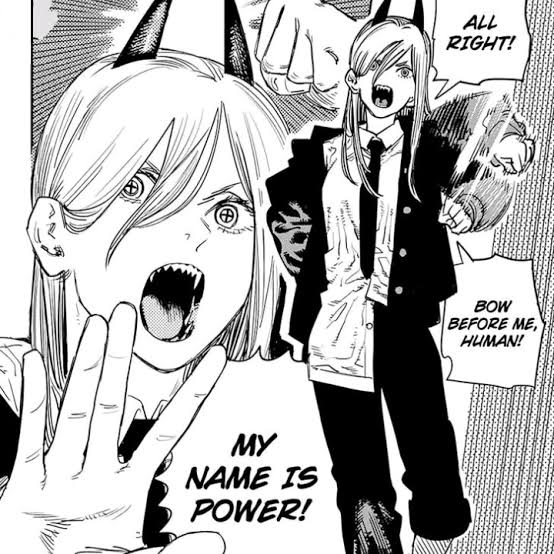 Power comes in the form of a beautiful young woman with pink hair that reaches down to her back. Being a friend or a devil, she has red horns that are coming out from the top of her head. Power has yellow and red eyes that make a cross pattern, making them look quite odd yet unique at the same time. She also has sharp teeth that make her look scary sometimes.

When we talk about Chainsaw Man Power’s dressing, she would usually go for a normal dress shirt, a tie, and slacks. This type of outfit is mandatory for every member of the Public Safety Demon Hunters. Moreover, Power also wears breast pads to increase the side of her chest in order to make everyone a fool since she’s a compulsive liar. Her usual attire is a normal jacket hanging halfway off her body which gives her a very clumsy and untidy vibe.

However, during Operation Super Smart, Power wore a pair of glasses and made a ponytail hairstyle. On the other hand, once she gets a lot of blood, her horns become much larger and curved as well. She can also grow multiple pairs of horns on the head.

In her blood devil form, Power appears as a huge and tall humanoid containing four arms and a white body. Her head has a dark color, two circular eyes, and sharp teeth that make her devil form look quite creepy. Having long ears and long hair, you cannot escape a devil-like thing. Her chest is also open, which shows the chest cavity having intensities all the way up to her neck. Her hands also have three fingers and a large claw. To say the least, in her devil form, CSM Power is one of the most intimidating characters in the series.

In chainsaw man’s official art, Power has two forms. The fiend and the devil. In her devil form, Power claimed that she was so fearful that other devils would run away just from her scent. This either means that she was too overpowered or that she smelled bad, even for a devil.

In chainsaw man Power manga, being a devil, she can freely use her blood and turn them into weapons. Power has also been shown to control other people’s blood through direct contact and can not stop bleeding. She can also manipulate her opponent’s abilities by mixing her blood with theirs. This makes Power a top-level devil. Denji and Power make a great team together. Now, let’s talk about what abilities Power can use when it comes to her Blood Manipulation abilities.

Blood Transfer:
One of Power’s most famous abilities, by using Blood Transfer, she can transfer her blood and life energy to someone using physical contact. Her ability was powerful enough to heal Chainsaw Man’s body which was in critical shape.

In power manga chainsaw man, by manipulating her blood, Power can also create a spear and stab any target with it. She places blood bottles and hides them in the battle area so she can make those spears instantly appear. This strategy is quite dangerous for her enemies and can catch them off-guard, making this a very lethal move.

Similarly, she can also create a huge hammer using her blood which is used to kill and smash her enemies. Thanks to both of these abilities, Power is quite an overpowered character.

In chainsaw man manga panels, in her ultimate devil form, Power can call forth thousands of blood swords and spears from all the blood she’s gathered. She then levitates and throws them at her enemies, and even though this is an overpowered technique, Power can use it several times and be able to stop Makima for a couple of seconds.

Power Enhancement:
In power chainsaw man manga, by drinking a lot of blood, Power’s energy increases drastically. She can summon more horns on her head, and in this state, a single punch from Power was enough to send Denji flying to the ceiling. Every stat of her increases to an unreal level. She can also resist Makima’s controlling abilities, which is quite an interesting feat.

In power chainsaw man manga, Power has a great deal of affection for her cat, Meowy, despite the fact that she originally wanted to eat him and cared for him simply to fatten him up so that he might be a more appetizing meal. Denji’s life would have been forfeited if it meant keeping him from the Bat Devil. She felt hopeless and connected with Denji before allowing herself to be consumed after she believed Meowy was dead after being devoured by the Bat Devil.

After Aki joins Public Safety, Power moves in at her house. Power frequently causes Aki to become irritated, and she seems to love teasing him. She does appear to care for Aki over time, despite this, though. The relationship between the two could be compared to that of a resentful older brother and a spoiled little sister, with Aki continually having to deal with Power’s mischief.

Does Power like denji? The relationship between Power and Denji started out sour, with Power being completely willing to mislead and sacrifice Denji to the Bat Devil for Meowy’s benefit. But after Denji saves Power and Meowy, they start residing together at Aki Hayakawa’s house and start to get along better. They frequently quarrel and are irritated with one another, as well as getting in the way of Aki as a couple. Power eventually grows quite fond of Denji and will even go against Makima’s desires and risk her own life to protect him. Power regards Denji as her very first buddy and holds him in high regard,denji devil form is also really popular.

Does Power Die in Chainsaw Man?

The power system in CSM is extremely hazy and not properly defined in many places. For the time being, all we need to know is that Blood Devil is in hell and that Denji can somehow restore Power by developing a friendship with that demon.

I’m still clinging to the hope that power anime girl chainsaw man will come back. A lot of guys have been doing a chainsaw man Power revive after Power dies. The future devil said Denji would kill both Aki and Power, but Power was killed by Mamika. There’s also someone asking about: “Does makima die?” It’s stated before that if a devil dies in hell, they come back, so maybe Denji kills Power in hell, bringing her back. But this is chainsaw man we’re talking about. Fujimoto has no problem killing everyone.

Top 10 Gory Anime Products That Are a Must Buy