Do you want to become a professional yoyo player? Check this out to start learning the yoyo tricks.

Do you want to become a professional yoyo player? Check this out to start learning the yoyo tricks. 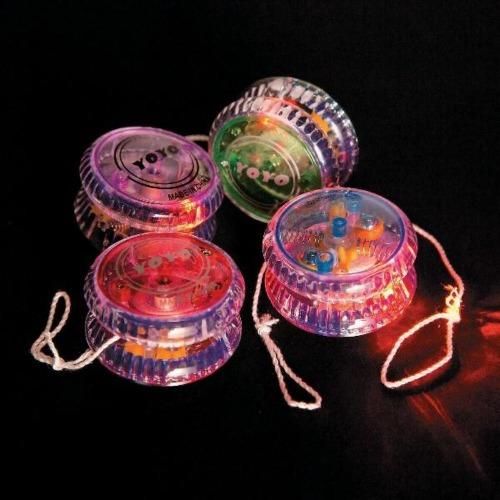 Maybe you saw some yoyo tricks on Youtube, then you ordered a professional yoyo from yoyoexpert, but You can only do wiz a “yoyo walk the dog when you throw it.”

Don’t worry about that; we believe you can become one of the best yoyoer in the world in the future, you need to keep practicing. Until then, You need to know where to learn yoyo skills.

1. How to start learning as a newbie?

Follow online yoyo tutorials. YoYotricks is the platform that I would suggest for complete beginners. I would also recommend buying an inexpensive, responsive yoyo.

2. How do you put a yoyo string on your finger?

You will first need to create a slip knot by placing a string through the hole at the end of your yoyo string. You then put this on your middle finger. I suggest placing it between your first and second knuckle on your dominant hand.

Here is a video tutorial showing you “How to Put a String on a Yoyo and Adjust it for Play."

3. What does it mean for a yoyo to play unresponsive?

4. How to create your own tricks?

The easiest way to do your own tricks is to take parts of other tricks that you already know and mix them. By doing so, you have created something new for yourself. Another suggestion I would have is to watch 10-minute trick challenge videos.

6. What are the different styles of yoyoing?

Here is a detailed answer description of different styles of yoyoing: Basic YoYo Knowledge That YoYo Beginner needs to know.

7. Who are the best yoyo players?

There are also yoyos like Hiroyuki Suzuki, who runs his yoyo brand “something,” or Evan Nagao, who has a signature line of yoyos, so if you’re a fan of theirs, look no further.

Here is a link that introduces several other great yoyo players: The most influential yoyoers.

8. Is there someone who can teach me how to yoyo?

The best way to find someone to teach you how to yoyo is by joining a yoyo club. You can search for yoyo clubs in your area using Facebook. If there are no yoyo groups in your area, I suggest using online tutorials to learn how to yoyo.

9. Where can I find good trick tutorials?

You can learn some basic tricks in yoyoexpert and yoyotricks, or search for yoyo trick tutorials in YouTube.

10. What is a yoyo competition?

A yoyo competition is a competition that tests yoyo players’ skills by having yoyo players present a yoyo routine set to music. There are different events, and each event has its own specific rules that reward players for their ability to create an entertaining and challenging performance.

Thanks to the Authors: derfneb#21122 from Discord server - Thrower Center.