About Gyomei Himejima the Stone Hashira - Facts We Need To Know

About Gyomei Himejima the Stone Hashira - Facts We Need To Know

The largest of the Demon Slayers is Gyomei. He easily towers over his fellow Hashira and is one of the tallest characters in the entire series. He has a strong physique and is very muscular. He has thick black hair that is spiked, and a noticeable scar that spans his forehead is visible. He has white eyes that lack any irises or pupils because he has been blind since childhood. When he feels emotional, his eyes frequently start to tear up.

Gyomei is dressed in the usual black and white uniform of a Demon Slayer, with bandages covering his shins and an olive green happi slung over his shoulders. Along with the particular kanji all over clothes at the rear, the collared frame of the happi has the kanji for the Shi Buddha chant ( written on it from top to bottom. When not in battle, he also wears an enormous necklace around his neck. 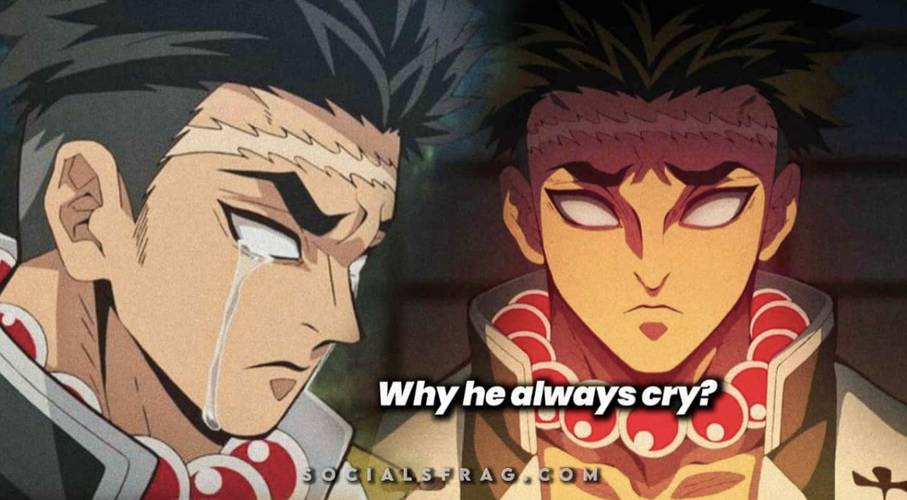 Gyomei is a perfect example of the gentle giant archetype because, in contrast to his commanding exterior, he is unexpectedly sensitive and soft-spoken. He is also seen to be quite pious, always carrying his prayer beads. And sending prayers to others. As we all saw when Tanjiro and Nezuko were transported to Demon Slayer headquarters, he even sobs over the condition in which they are. Although he is initially skeptical of others, once he accepts someone, his commitment and trust for them are incredibly impressive. In addition to being in tune with his erratic emotions, continually praying for those who or things that depress him is a habit of repeating activities with his tremendous empathy as the cause.

Due to his experiences prior to becoming a Demon Slayer, Gyomei has a fairly unbiased and slightly suspicious view of those around him. He is constantly aware of what other people, especially young kids, are capable of when given a chance. Gyomei can take the time to fully accept and trust others due to his skeptical temperament. When he does let people in and open up to them, he is steadfast in his devotion to them.

His background story before becoming the Stone Hashira 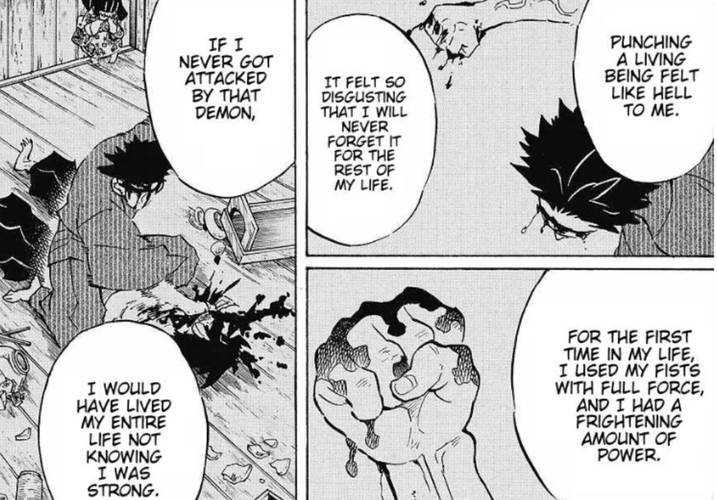 Gyomei Himejima was born blind and raised nine orphan children in a shrine before becoming a Demon Slayer Hashira. Gyomei Himejima defeated the invading demon with his bare fists till dawn after the demon had killed all but one of the kids. He was wrongfully imprisoned for the kidnapping and murder, but Ubuyashiki prevented him from being put to death. Within only two months, he would join as a Demon Slayer and be elevated to the position of Stone Hashira.

He is driven to go above his boundaries and get stronger every day by his generosity, compassion, and desire to shield everyone from the horrible things he has experienced.His talents and strength is amazing for him to be ranked first in such a short period of time. Let’s first check Stone Hashira’s breathing pattern. The Stone Breathing Technique is employed by Gyomei. One of the five original techniques derived directly from the Sun Breathing, the strongest and the first breathing technique to have been created from which all others have been derived-Stone breathing, which Himejima is known for using to the best of his ability.

Gyomei has developed a superhuman sense of hearing as a result of compensating for his blindness and switching between senses to adapt to his situation. Gyomei’s hearing was so keen that he could interact with his surroundings regularly while fighting demons at great speeds without any problems.

Gyomei is quite huge, but he has incredible speed and reflexes. Among the Hashira, he is the third quickest runner. Gyomei demonstrated his extraordinary speed during his battle with Kokushibo, dodging all of his assaults with ease. The Upper Rank even remarked that the ease and grace with which he moved was almost too unbelievable to be true. Sanemi, Muichiro, and Genya assisted Gyomei in keeping up with Kokushibo throughout the entire battle and applying pressure on him. Later, for a significant stretch of the battle, he was able to keep up with Muzan, the Demon King, and his lightning-fast movements.

Gyomei has the highest level of physical strength in the whole Demon Slayer Corps, which is most impressively displayed when he effortlessly lifts and swings his enormous spiked flail and an axe made of pure iron at speeds quicker than the eye can see to repeatedly fend off Kokushibo’s strikes. He could also use his bare hands to move a boulder that was larger than him through a town. [21] Gyomei additionally sustained the weight of two heavy logs on his back while being further burdened by four big rocks.

Himejima is so strong that even his adversaries are in awe of his prowess. Kokushibo, an Upper-Rank One demon, claims that it had been 300 years since he last came across a swordsman as powerful as the Stone Hashira. He respects him as the fight goes on, complimenting Gyomei’s superb physique and incredible accuracy. Gyomei, the Stone Hashira, carries a unique weapon forged from the same ore as Nichirin Blades. He carries an axe with a spiked flail chained to it. The method this weapon was made is just as distinctive as its design. Even the Upper Demon Moon One Kokushibo, who wields a Nichirin sword and the breathing of moon technique, was unable to cut the chain because of how powerful it is.Gyomei was able to severely harm both the Demon King Muzan Kibutsuji and the Upper Demon Moon One Kokushibo with the spiked flail. He could use it to blast their heads or arms as well as chunks of flesh, thanks to its sharpness and his proficiency with it. The chained axe and spiked flail are used for both offense and defense.

Knowing which Hashira in Demon Slayer is the strongest allows you to read the manga or watch the anime to experience the intense clashes with Gyomei Himejima.