“Eighty-Six” or simply “86” aired for the first time in the spring season of 2021, and a second part (or a second season) was scheduled for the same year’s fall season.

This anime caused quite the stir among fans because it carries a handful of rare themes, such as idealism, moments of morality, war, and so on. The series follows Lena, a San Magnolia officer who is appalled by her country’s treatment of the 86 and strives to reform the system from within. It is hard to say “no” to such a compelling story, let alone forget about it – right? So why not have it with you forever? Yes, we’re talking about buying 86 anime merchandise! But what are your options?

In this article, we’ll be giving you a quick sneak peek of the ten best 86 anime products every fan will adore and want to have.

So here they are: 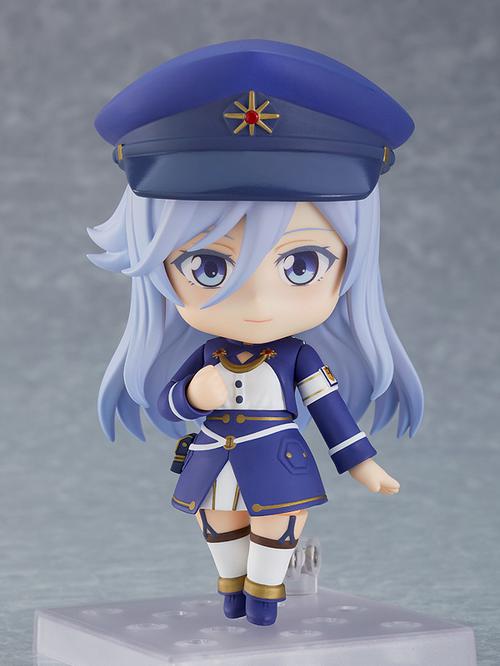 Are you obsessed with Lena (from the 86-anime)? If so, then this Nendoroid figure is exactly what you need. The best part about this figure is that it comes in three face plates including a crying expression, a standard expression, and a charming smiling expression. But that is not all; a few other accessories come with it as well, such as two versions of Lena’s hat, a red spider lily, and her clipboard.


There’s also a red spider lily backdrop (but in the form of a durable sheet). Additionally, the craftsmanship of this Nendoroid figure is quite exquisite. Moreover, after adding this product to your collection, you will be able to demonstrate that you are a die-hard fan of the character and the franchise and understand the functionality and design of certain figures. 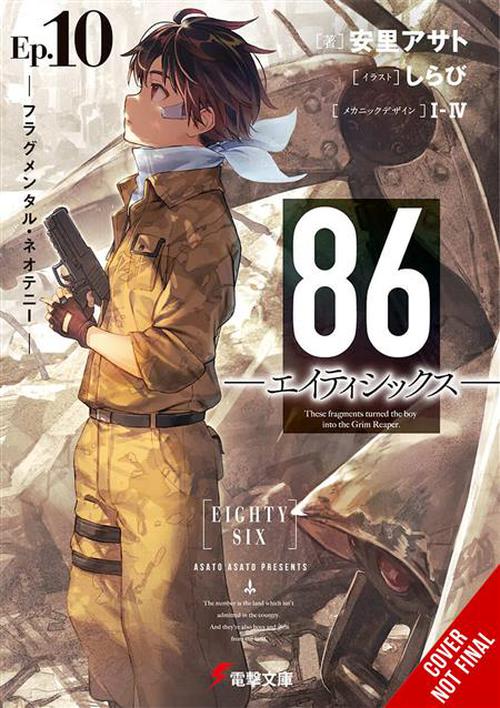 If you are more of a reader than a viewer, consider buying this English Light novel. It will tell you the tale of how an innocent and kind child named Shinei Nouzen, became a lone soldier. By using this book as your source of information about the anime, you will also come to know that Shinei is a committed soldier; he is ready to cross mountains in order to help his comrades and win the war. Basically, the book sheds light on how he became the Reaper and how the cruel and destructive incidents made an impact on his life.


Moreover, after reading this book, you’ll be able to better connect with the story and its characters. Also, you will understand how the main character went from a kind and wouldn’t-even-hurt-a-fly soul to a reaper. You’ll also get a grip on all the incidents and people that contributed to making Shinei a lone reaper 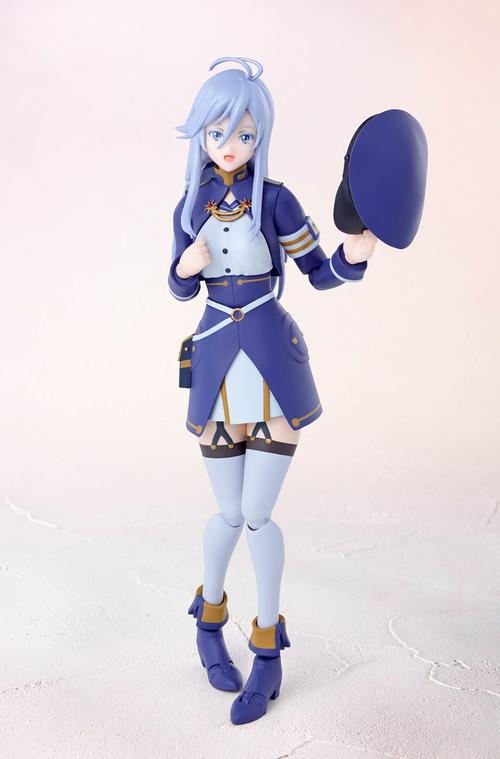 Vladilena Milizé from the prevalent anime series “86 -Eighty-Six-” joins S.H.Figuarts! It includes grinning, normal, shouting, and laughing facial options, as well as a binder she can carry to capture various situations and is sculpted to accurately capture the character’s appearance. She can also be shown without or with her hat. Furthermore, this product has undergone extensive safety testing and complies with all North American consumer product safety rules and regulations.

Say hello to yet another Lena Handler figure – made with the same quality as the other products mentioned in this article.


In this figure, Lena appears to be in a simple and elegant pose, holding her hat while saluting. She is the perfect addition to your 86 anime action figure collection because it comes at an affordable price and is loaded with intricate details. After adding this to your shelf, you will be able to complete your Lena Handler collection and bring your love for the 86-anime to life. 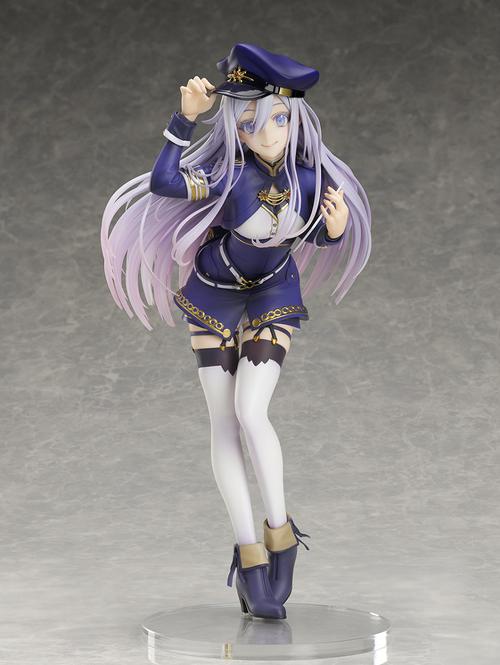 If you consider yourself to be a die-hard fan of Lena, the Handler and want to have an action figure that truly represents her vigor and potential, then consider this product to be your last resort.


This is a 1/7 scale figure of Lena from the eighty six anime, showcasing her actual and oh-so-elegant appearance in her military apparel. If you look closely at this figure, you will realize that it is made with such excellent craftsmanship and there is an incredible quality even in the smallest of details. In terms of accessories, the figure comes with a removable cap.

Moreover, after adding this figure to your collection, you will be able to express your creativity and collect action figures in all sizes and shapes and become a true fan. 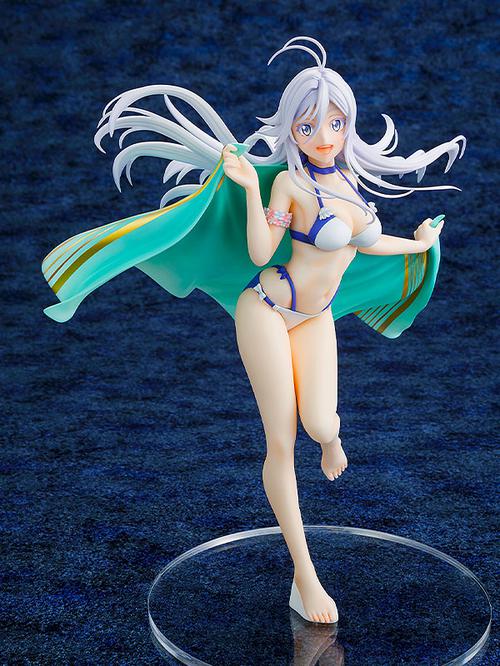 This figure features Lena in a crazy hot bathing suit, with her gorgeous hair flowing in the air while she holds a golden-stripped cloth. Now, this figure of Lena is quite different compared to the rest. In this one, she is showing off her beautiful charm. What’s more, her body is sculpted to perfection. If you want to own this side of Lena, don’t forget to add this figure to your collection.


Moreover, after purchasing this gorgeous figure of Lena along with the rest of the products on this list, you will be able to make the most of your Lena collection and maybe even show off your passion. 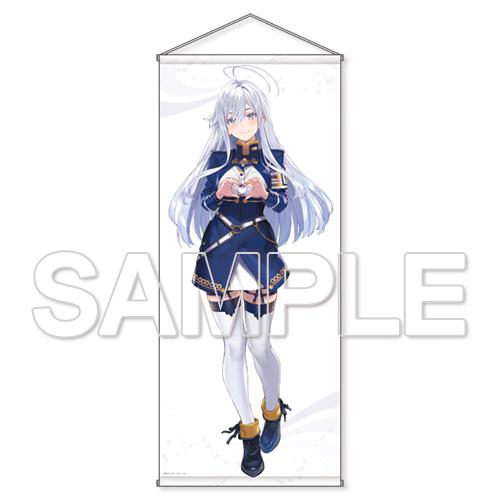 Want to own a large-sized figure of Lena? If so, then you are going to love this product.


Say hello to the almost fully life-sized tapestry of Lena that features Dengeki’s original Winter Festival vibes. The figure represents Lena in her natural military uniform while giving a salute. This is also one of her signature poses, so buying this product will definitely prove helpful. What’s more, you can hang this tapestry almost anywhere in your room, either on your door or your wall. It is truly a beautiful addition. So get yours now! 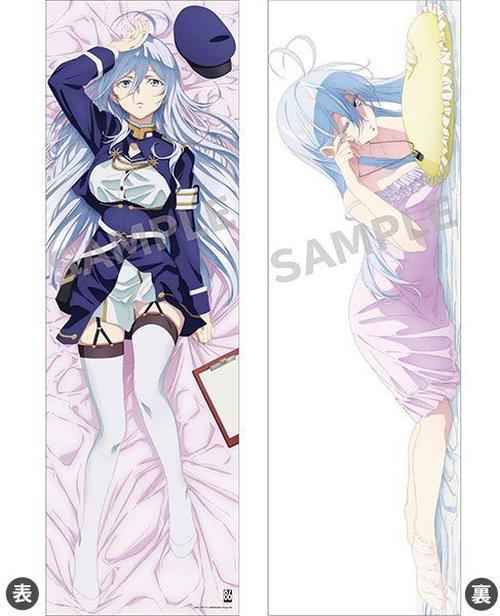 
It is made from polyester and polyurethane, with a tantalizing print of Lena wearing her uniform on the front and wearing her nightwear on the back. Also, the cover of this pillow has been treated with a non-slip treatment to improve the cover’s sense of comfort. Having this hug pillow in your room will feel like having the real thing. Moreover, after adding this hug pillow to your collection, you will be able to sleep comfortably and improve your alignment, all the while having your favorite character right beside you. 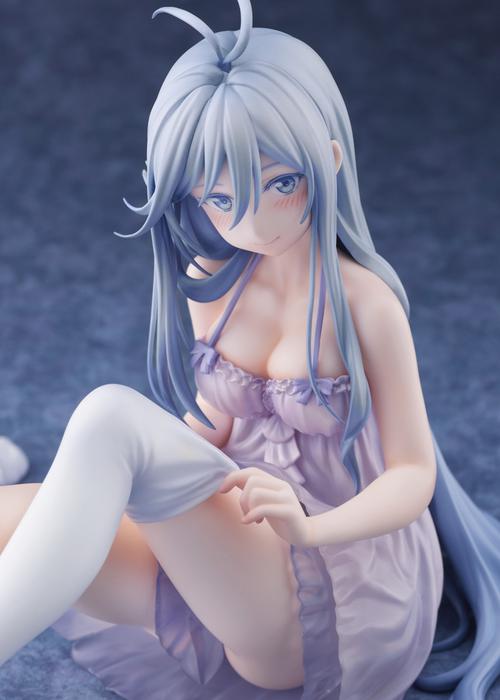 In this product, Lena debuts as a 1/7 scale lingerie figure version from anime 86. The figure was sculpted from a newly drawn illustration of Lena getting dressed. The purple-based negligee was sculpted with clear parts and pearl-painted. Her long silky hair and gentle smile are two other stunning details. This figure is everything you need to complete your Lena collection, along with the rest of the stuff mentioned in this article.


So what are you waiting for? Pre-order now to add this lovely figure to your collection!