One of the most recent members of the “Big Three” hall of fame is Tanjiro Kamado. Tanjiro has established himself as one of the most well-known anime main characters in history as the protagonist of Demon Slayer. Tragically, Tanjiro’s narrative begins when he rushes to save his sister after discovering the rest of his family dead. Nezuko changes into a demon as he runs to rescue her life. Despite what his sister has become, Tanjiro struggles to defend his sister when one of the Hashira Giyu tries to assassinate her.

After realising Tanjiro and Nezuko’s love for one another, Giyu sends them on a difficult journey filled with peril. Tanjiro cheerfully embraces every challenge he encounters since he is a good and pure person who only wants to find a solution for Nezuko and rescue innocent lives. One of the nicest characters in anime, Tanjiro is loved by viewers who appreciate seeing him defend Nezuko, triumph over challenging circumstances and demonstrate his prowess as a demon hunter. Let’s dive into some of the best qualities of this Demon Slayer character:

To become a demon slayer, Giyu sent Tanjiro to the former Hashira Sankoji. After two years of training with Sankoji, Tanjiro was able to split a boulder. He eventually joined the Demon Slayer Corps, and after operations, he would rest at the Butterfly mansion.

Tanjiro trains every day while he is there, fever and all. Inosuke and Zenitsu, two of his friends, were too depressed to train, so he went to training every day by himself. Tanjiro persists in learning new skills even if doing so hurts him.

Tanjiro excels in making quick decisions. He’s an effective combatant because he can analyse situations and take appropriate action. He may employ his Breathing Styles, a set of swordsmanship techniques taught to him by the Demon Slayer Corps. Demon Slayers, like Tanjiro, are instructed on how to regulate their respiration to maximise their performance in every circumstance. Tanjiro developed a wide range of breathing techniques, which furthers his ability to adjust on the battlefield. Tanjiro is able to use all he has unintentionally learned or picked up on this journey in practical situations. Tanjiro is obedient at all levels thanks to all of these qualities.

3: He has a special smelling ability

Tanjiro possessed a remarkable talent even before he joined the Demon Slayer Corps and received sword instruction.

Tanjiro possessed a keener sense of smell, allowing him to detect other people from a distance or the smell of blood. After receiving training, he was able to use his senses to predict his opponent’s movements and determine when to strike. Later, he was even able to smell things and emotions from a distance. With his increased sense of smell, he could remember every person’s fragrance just like many animals can.

4: His forehead is practically indestructible

Tanjiro’s forehead has endured the rigorous treatment his skull has to endure. His forehead is tough enough to pierce anything that would ordinarily hurt a person. Tanjiro has the power to attack people and demons, knocking them out or even making them faint, all without suffering any personal harm. Tanjiro frequently uses his body to a degree he was not aware of thanks to his strong will. 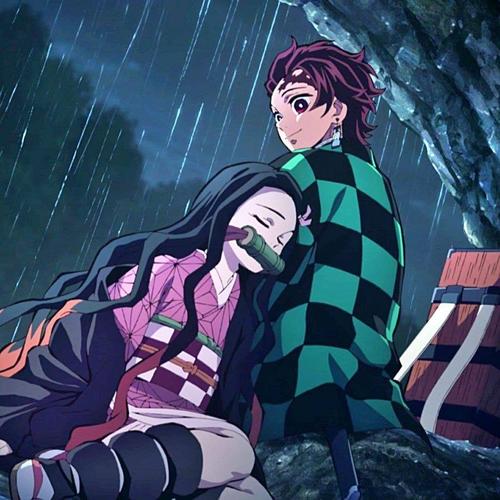 5: He is super calm and collective

There is no denying that Tanjiro is one of the nicest characters in the entire series. Except for demons, Tanjiro is reputed to be merciful to practically all creatures. The Demon King, Muzan, is the first to make him super angry. Tanjiro was in full wrath when he encountered the Demon King, despite the fact that he is often very cool-headed and collected. When the Demon King escaped Tanjiro’s hands the next time they met, the latter screamed about wanting to chop off the former’s head in anger. Muzan had initially been perplexed by Tanjiro when first encountering him with his human family.

Tanjiro is renowned for conducting risky actions and putting a lot of things, including lives, in danger. But it should be noted that he carefully plans out his risky actions. For instance, despite understanding how dangerous the pool of shadows is, he jumps into it during his encounter with the Swamp Demon. He did this in an effort to free the girl who had been captured by the Swamp Demon and was trapped inside. Although Tanjiro’s action could have appeared careless and foolish, he was able to rescue the girl from the water before falling in himself.

7: He empathizes with all

The most noticeable quality of Tanjiro is his empathy for everyone, including demons, which frequently causes him to hesitate before using finishing moves. This nature was a drawback because it allowed some demons to use his empathy to gain time to heal and carry on fighting in a few uncommon battles. Tanjiro has grown more cautious and exacting with his judgment, nevertheless, as a result of his years of training. He has been able to approach his antagonist, whether good or evil, with a certain measure of respect thanks to his bravery in defending the weaker.

In fact, Tanjiro was a beautiful person. More than everything else in the world, Kamado cherished his family. He worked odd occupations, such as selling charcoal, to help support his family as the oldest son.

It was tragic for him when demons killed everyone in his family except for his sister Nezuko, who later turned into a demon. He vowed to become a demon slayer and restore her to normalcy as soon as possible because he truly loved her.

Tanjiro has developed a strong sense of duty to Nezuko. They were the only intact family still together. They did everything they could to support, love, and care for one another. Nezuko was the only person Tanjiro didn’t attempt to kill even after he turned into a monster.

With all these wonderful qualities, it will be highly unjust if Demon Slayer Fans don’t notice this guy!